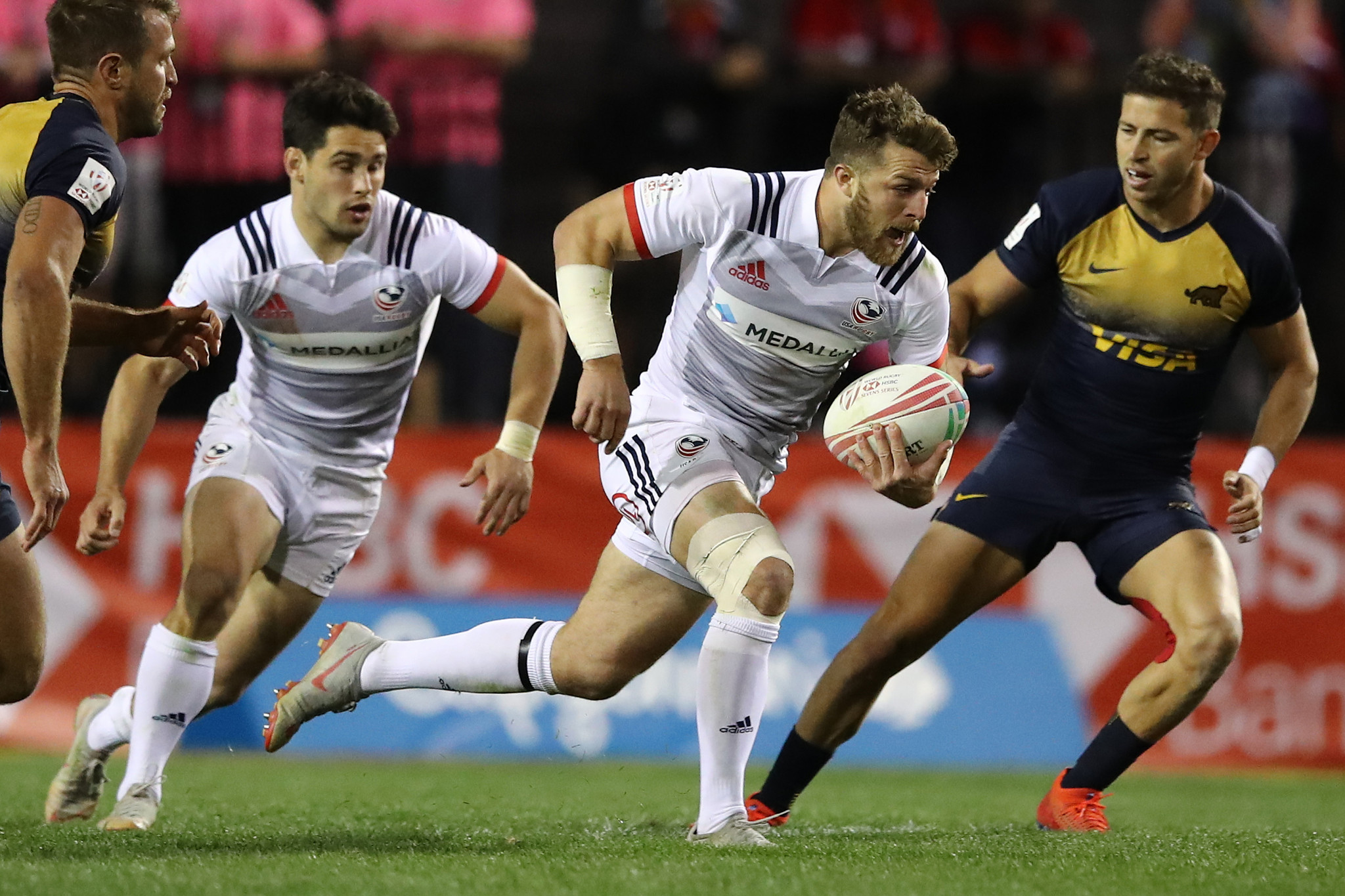 Argentina produced the upset of the opening day of the fifth tournament in this season's HSBC World Rugby Sevens Series as they earned a late two-point victory over hosts and defending champions United States in Las Vegas.

That result only just outshone another surprising scoreline as invitational side Chile held back-to-back World Series champions South Africa to a 5-5 draw at the Sam Boyd Stadium.

This three-day stop marks the halfway point in a World Series where, this year, teams are also in the chase for qualification for the Tokyo 2020 Olympic Games.

The Pool B match-up between the United States - who had beaten Kenya 26-10 in their opening match - and Argentina was a re-run of last year’s final.

But to the dismay of the home fans, the result was a different one on this occasion.

The teams were locked at 19-19 with less than three minutes to play before Carlin Isles scored what appeared to be a match-winner for the United States.

In the process of that try being scored, Los Pumas Sevens had a man sent to the sin-bin.

But an improbable late rally saw them score through Luciano González, and Santiago Mare's conversion snatched victory out of the hands of the hosts.

Chile's Benjamin De Vidts locked the match up at five-apiece three minutes from time and it went down to the final moments as both teams pressed for the decisive score.

Johannes Christoffel Pretorius thought that he'd crossed for the Blitzboks on the final play but instead lost control trying to slide over the line.

In contrast to South Africa, England, who are looking to gain vital points in their bid to finish in the top four at the end of the year for Tokyo 2020 qualification on behalf of Britain, made light work of Chile, winning 22-0.

One of the joint World Series leaders coming into this competition - New Zealand - started as they meant to go on in Pool A with a 33-0 win over Samoa followed by a 33-19 victory over Canada.

The All Blacks Sevens are marking the start of Tim Mikkelson's 80th World Series tournament in appropriate fashion.

Mikkelson is only the fourth player to ever reach that number behind James Rodwell, who totalled 90, DJ Forbes, on 89, and Dan Norton, on 81.

In Pool D, Australia overpowered Wales 26-0 before Fiji reminded the world of their incredible offloading ability and handling accuracy to beat Scotland 36-12.

Scotland produced a superb try in their next match against Australia, with Max McFarland producing an incredible step on his own line before going the length of the field to score.

But Australia prevailed 24-12 to set up an intriguing meeting with Fiji.