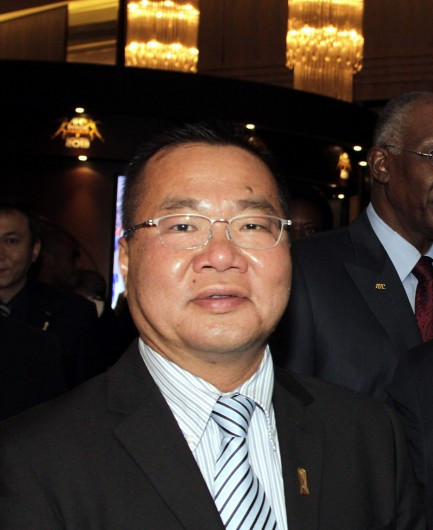 Former FIFA senior vice president David Chung has been banned from football for six-and-a-half years for accepting gifts and acting under a conflict of interest.

The Papua New Guinea official, who was also the President of the Oceania Football Confederation (OFC) and a member of the FIFA Council, suddenly resigned from his roles in April.

It followed a financial probe into the construction of the new OFC "Home of Football" headquarters in Auckland in New Zealand.

FIFA said they uncovered "potential irregularities" with the $20 million (£14 million/€16 million) project which led to them cutting funding to the region.

Chung, who had led the OFC since 2011, cited personal reasons when announcing his departure last year.

He had been FIFA President Gianni Infantino's highest-ranking deputy before his exit.

He will have the right to appeal at the Court of Arbitration for Sport.

Chung succeeded Reynald Temarii as OFC President after the Tahiti official was banned from football for eight years following the FIFA World Cup bid vote-buying scandal in connection with the 2018 and 2022 races.