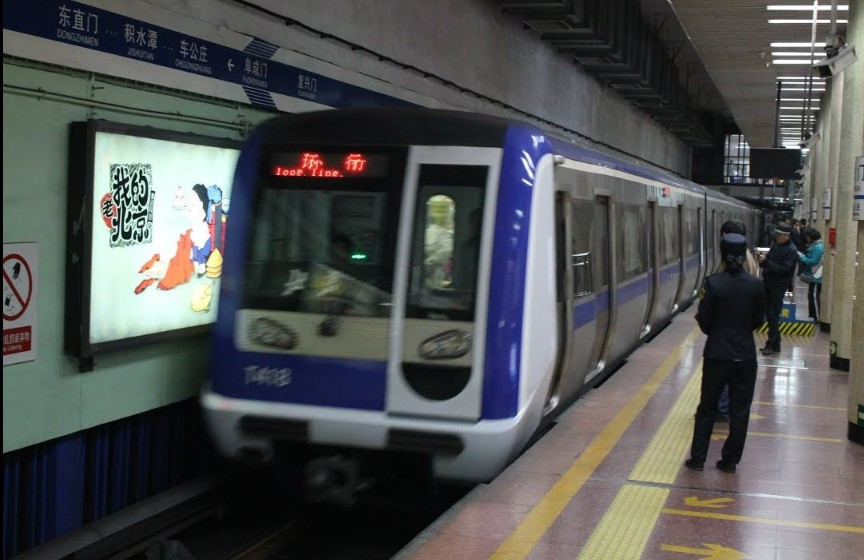 Plans to build a new metro line in Beijing to help serve venues being used for the 2022 Winter Olympic Games have been unveiled.

The new metro line will serve the Shougang Industrial Park, where the Beijing Organising Committee's Office for the 2022 Winter Olympics is located, as well as two Winter Olympic venues.

The old production complex of Shougang Group, one of China's largest steel companies, but which had laid idle since 2010, is steadily being transformed into training centres, venues and administrative buildings for Beijing 2022.

The silos at the northern end of the 2,224-acre complex have already been transformed to the offices for Beijing 2022.

The snowboarding venue for the Olympics will be built in the complex and will include a 195-foot-high ramp.

After the Games, it will remain a permanent venue for snowboarding.

A 180-sq-ft stadium for ice hockey events will also be built, incorporating the roof of an old coal workshop.

International Olympic Committee President Thomas Bach has praised the project for its re-purposing and transformation of old factory buildings, workshops and furnaces into facilities for Beijing 2022.

"Beijing 2022 will make sure that the Shougang complex fully enjoys a wide range of benefits that come with the Olympic brand, so that it achieves more growth and becomes a new landmark of urban regeneration in Beijing," Zhang Jiandong, the Vice-Mayor of Beijing and executive vice-president of the Beijing 2022, told China Daily.

The western section of Line 11, measuring about 3.6km and due to start shortly, is designed to have four stations.

Upon completion, the metro line will link the existing Line 6 and S1.

Another new line, the northern extension of Beijing's new airport line, meanwhile, will measure about 3.5km.

This line is expected to link Line 14 and Line 16, which are under construction, and the proposed Line 11.

An urban airport terminal will be built on the line to offer check-in and baggage consignment services to travellers.

it means Beijing will have a total of 17 metro lines under construction in 2019, totalling 339.1km, according to the Beijing Major Projects Construction Headquarters Office.

As well as helping preparations for Beijing 2022, the improvements are designed to ease traffic congestion in the city.

The Chinese capital currently has 22 metro lines now and the total length of operational subway lines in the city has been extended to 637km.