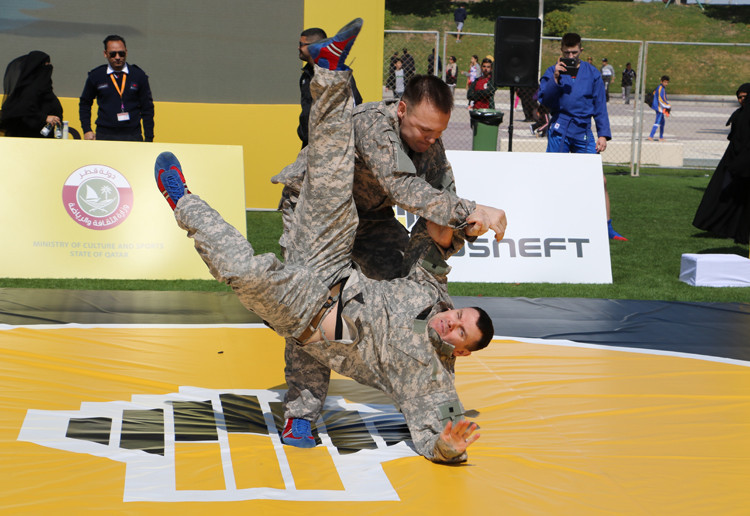 Sambo was introduced to Qatar at the country's National Day of Sports in Doha.

Sports fans in the Middle Eastern country who were unfamiliar with the Russian martial art were treated to a demonstration show.

Seven Russian sambists also carried out masterclasses in the capital, with the event arranged in cooperation with the International Sambo Federation (FIAS) and the Rosneft Oil Company.

An exhibition was set-up featuring photographs and information on the 80-year history of sambo development.

He was joined by FIAS President Vasily Shestakov and Sambo Union of Asia President Alamzhon Mullaev.

Qatar's ambassador to Russia Fahad bin Mohammed Al Attiyah and his opposite number Nurmakhmad Kholov were also in attendance.

National Sports Day has been held in Qatar since 2012.

Its aim is to propagate a healthy, wholesome lifestyle among the citizens of this country.