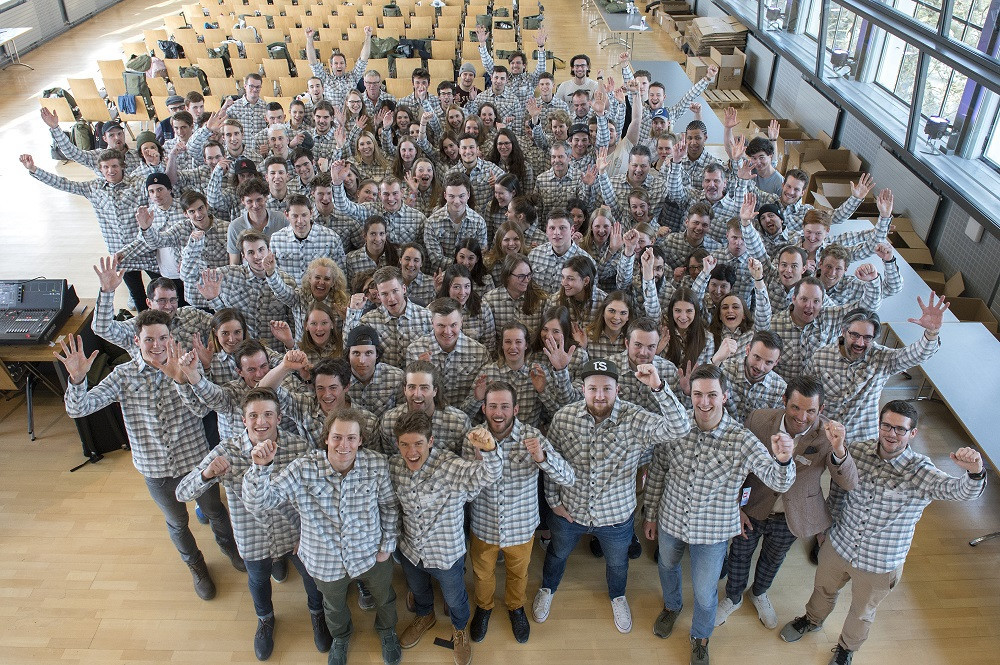 A record delegation from Switzerland is set to compete at this year's Winter Universiade, which is due to open in Krasnoyarsk on Saturday (March 2).

A team of nearly 100 athletes are set to travel to the event in Russia, the 29th edition of the Winter Universiade.

The team includes freestyle skier Enrico Fromm and snowboarder Sandro Perrenoud, bronze medallists in the previous Winter Universiade in Almaty in 2017 when Switzerland finished 17th overall with a total of five medals.

Among Switzerland's other main hopes for Krasnoyarsk 2019 are the men's curling team, currently ranked among the top 20 in the world.

Top Swiss athletes to have taken part in previous editions of the Winter Universiade include snowboarder Patrizia Kummer, the 2014 Olympic gold medallist in the parallel giant slalom, who won at Granada 2015.

Another Swiss winner at Granada 2015 was Alpine skier Ramon Zenhäusern, who claimed Olympic gold and silver medals at Pyeongchang 2018.

Switzerland's team for Krasnoyarsk 2019 has been selected also with one eye on the next Winter Universiade due to take place in Lucerne in 2021.

"The Swiss team is bristling with lots of great talent, so success is guaranteed at the Swiss-hosted Universiade in two years’ time," Marilen Matter Graf, head of elite sports at Swiss University Sports, said.

"The potential of the front-ranking athletes selected for the team promises great things, possibly even medals."

A delegation from Lucerne 2021 is set to be in the city in Siberia to learn from the Russian hosts.

"We plan to take the audience on an entertaining trip from Siberia to Switzerland, offering a visual and cultural taster of the Winter Universiade in our country," Urs Hunkeler, managing director of Lucerne 2021, said.