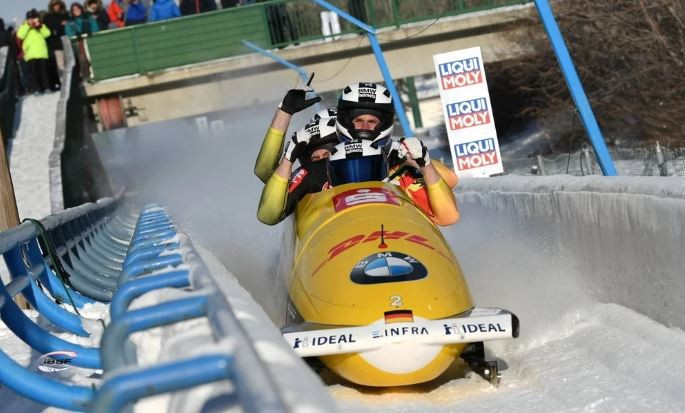 Germany’s Francesco Friedrich has completed a stellar weekend by winning the International Bobsleigh and Skeleton Federation four-man bobsleigh World Cup in Calgary to seal the overall World Cup title, just a day after doing the same in the two-man event.

The 28-year-old Olympic champion gained his fifth win of the season alongside teammates Candy Bauer, Martin Grothkopp and Thorsten Margis with a combined time after two runs at the Canada Olympic Park  of 1min 47.63sec.

That saw them seal overall World Cup victory with 1,727 points.

Latvia’s Oskars Kibermanis sealed second place overall with 1,616 points, despite finishing only fourth on the day with his team of Matiss Miknis, Arvis Vilkaste and Janis Strenga.

The last men’s skeleton race of the season also went ahead and was won by South Korea’s Olympic champion Sungbin Yun.

He took the win with a time of 1:52.70, though the overall title went to Russia’s Sochi 2014 Olympic gold medallist Alexander Tretiakov, who finished second today.

At the final of eight World Cup races this season, the Russian set a time of 1:52.21, which was enough to see him seal top spot overall with 1,704 points.

Yun’s win was enough to place him second overall with 1,680 points, while a battle for third place was won by Latvia’s world champion Martins Dukurs.

Prior to the final run just four points and three-hundredths of a second separated him and Russia’s Olympic silver medallist Nikita Tregubov, but while Dukurs ended up fourth in Calgary, Tregubov could come only eighth.

It meant the Latvian finished third overall on 1,533 points.

Meanwhile, third place in today's race was clinched Martins’ older brother Tomass in a time of 1:53.21.