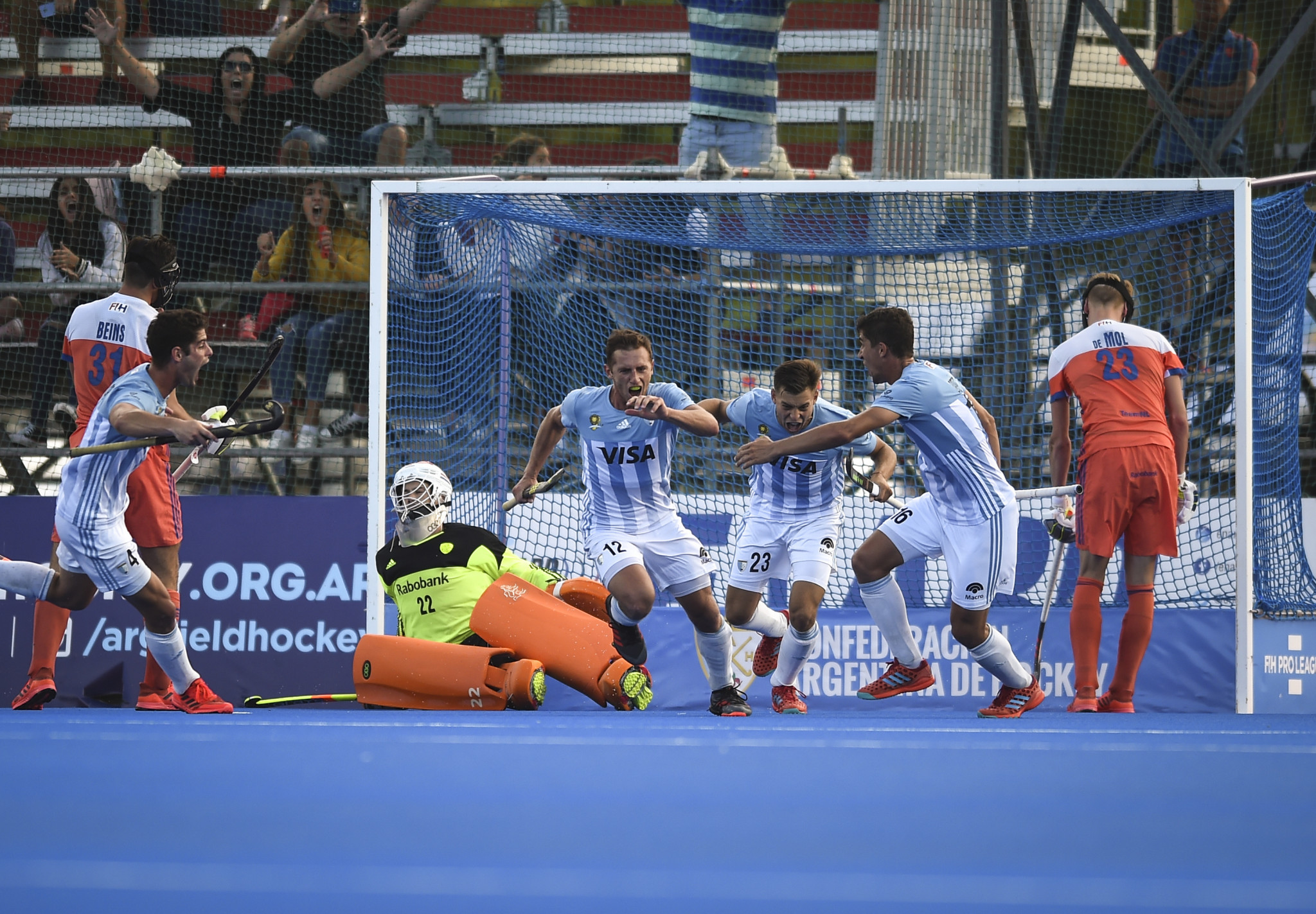 Olympic champions Argentina claimed their first win of the men's International Hockey Federation (FIH) Pro League as they fought back to beat The Netherlands in Buenos Aires.

Argentina, ranked at number four in the world, trailed the European champions three times before they eventually sealed a hard-fought 4-3 victory at the Cenard National High Performance Centre.

The result brought Argentina's disappointing start to the new tournament to an end and came after they were left frustrated by the cancellation of their match against Germany on Friday (February 22).

The FIH confirmed the game, cancelled because of thunderstorms in the Argentinian capital, would not be rescheduled and a 0-0 draw would be awarded.

The decision was criticised by Gonzalo Peillat, a member of the Argentina team which claimed the Olympic gold medal at Rio 2016, who claimed the FIH should "find a better system".

The Netherlands overcame the host nation 2-1 in the latest match in the women's tournament.

Argentina made the better start to the men's game but fell behind after eight minutes when Bjorn Kellerman scored a well-taken individual goal.

Matias Paredes equalised for the home side shortly after before the Dutch went back in front through Jeroen Hertzberger's penalty stroke.

Argentina equalised early in the third quarter thanks to Paredes but their joy was short-lived as Hertzberger scored again to make it 3-2 to The Netherlands.

The capacity crowd inside the venue were given the result they wanted, however, as Lucas Vila found the net with two late goals to hand Argentina their first victory of the men's Pro League.

Argentina took the lead in the women's encounter as Silvina d’Elia converted a superb penalty corner in the opening period.

Frederique Matla punished a defensive error to level the contest for the Dutch in the second quarter before Pien Sanders scored what proved to be the winner after the restart.