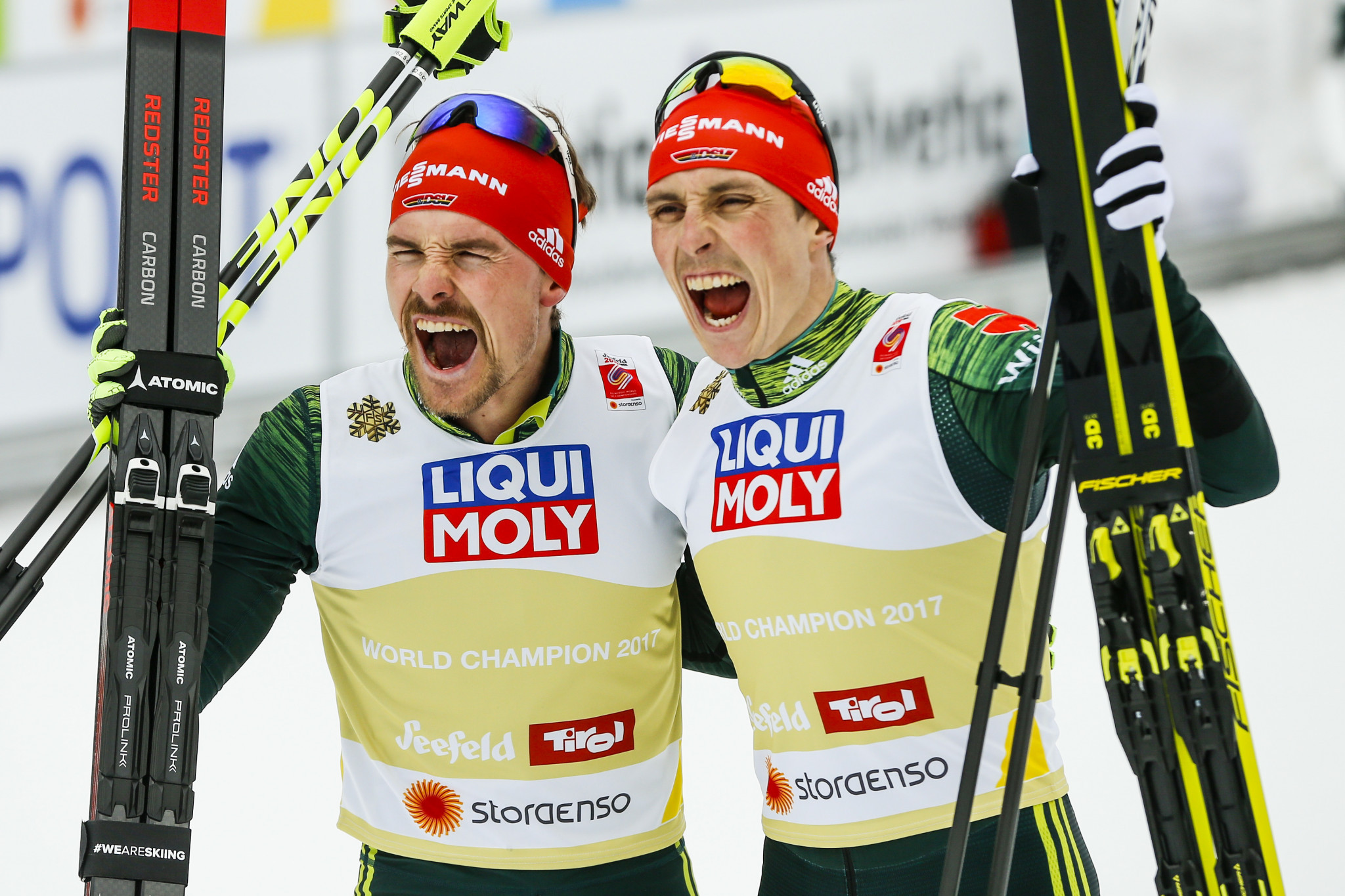 The pairing, who now have four Olympic gold medals and 10 world titles between them, began the competition in impressive fashion at the Austrian venue, as they topped the ski jumping standings.

Frenzel contributed 129.9 points to their combined total of 258.2 points, as the German achieved the second furthest distance of the competition.

Only Japan's Akito Watabe earned a higher points total with his 130 points helping him start eight seconds behind the German pairing in the cross-country event, alongside his brother Yoshito.

Frenzel and Rießle were able to remain clear of their nearest rivals throughout the duration of the cross-country.

The competition saw both men lead the way during their respective 7.5 kilometre efforts.

The German pairing would cross the line in a winning time of 28min 29.5sec as Frenzel added to the individual/large hill gold he had already claimed in Seefeld.

"It was such a cool day today," said Rießle.

"We were both able to show a good jump.

"The race was simply so cool.

"Now it just feels amazing to be world champion."

Rather than attempting to catch the Germans during the cross-country, Japan's Watabe brothers faced a fight to hold onto their medal position.

They proved unable to do so, as Norway's Jan Schmid and Jarl Magnus Riiber overtook them to take the silver medal in a time of 28:10.7.

The Norwegians finished one second clear of Austria's Franz-Josef Rehrl and Bernhard Gruber, who secured the bronze.

The Watabe brothers faded to fourth place as the duo eventually ended 56.4 seconds off the pace of the winners.

The duo crossed the finish line with a winning time of 18:49.86, as Russia's Gleb Retivykh and Alexander Bolshunov were second, 1.88 seconds down.

Bronze was won by Francesco De Febiani and Federico Pellegrino as the Italians clocked 18:53.89.

They ended 0.37 seconds clear of Slovenia's Katja Visnar and Anamarija Lampic, who claimed the silver medal.