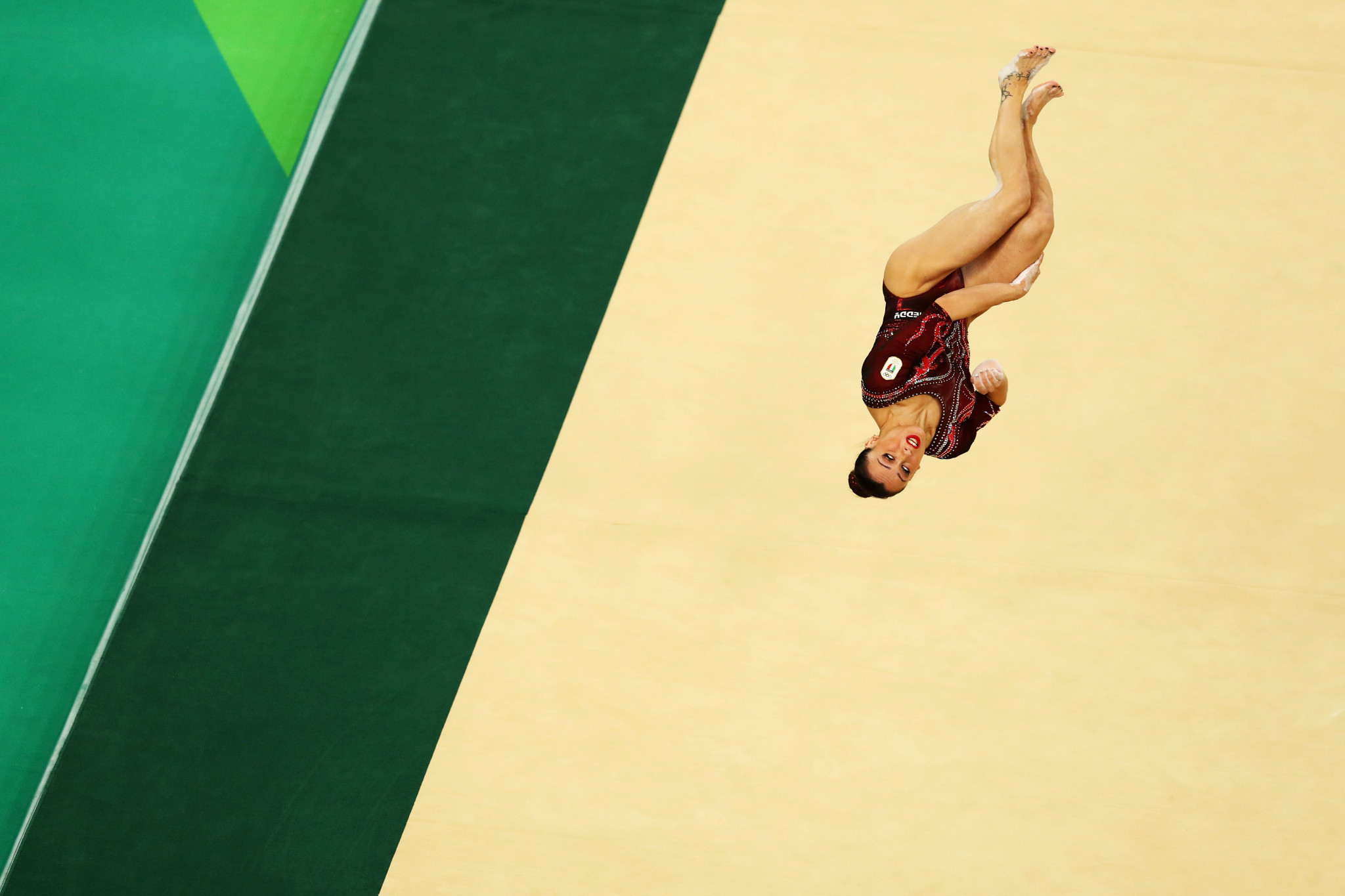 The 28-year-old 2006 all-around world champion, who has been out of action for 18 months since the 2017 World Championships, came back with a bang at the Melbourne Arena to take gold with a score of 13.600.

As she aims to qualify for the Tokyo 2020 Olympic Games, her efforts saw the Italian beat Puerto Rico's Paula Mejias and China's Shiting Zhao.

In all five finals went ahead on what was the last day of competition, with the other women's medal action taking place on the beam.

In that event Zhao went two better, taking a gold of her own with a score of 13.566 having qualified in first place on Friday (February 22).

Claiming her second medal of the event, she beat Australia's home gymnast Emma Nedov who scored 13.500 and Japan's Maria Oguchi who managed 13.066.

In the men's action across the high bar, parallel bars and vault, the golds were taken by Japan, China and Ukraine.

Hidetaka Miyachi won the high bar final, in a very tight contest where he finished with the same overall score as the London 2012 Olympic champion Epke Zonderland from The Netherlands.

Both gymnasts were given marks of 14.733, but Japan's Miyachi was given the win thanks to scoring 0.3 more in execution points.

Behind them, the bronze went to China's 2010 world champion Chenglong Zhang with a score of 14.333.

In the parallel bars, the 2015 world champion Hao You put in a strong performance to win gold for China.

He scored 15.066 to finish 0.433 in front of Turkey's Ahmet Onder, while another Turkish gymnast in Ferhat Arican came third.

Igor Radivilov, who won 2012 Olympic bronze in the vault, then won gold in his favoured event for Ukraine.

The Melbourne event was the second of eight individual apparatus World Cups due to be held this season, which serve as qualifiers for the Tokyo 2020 Olympic Games.

The highest ranked gymnast on each apparatus can book tickets for Tokyo based on each athlete's three highest results in the series.