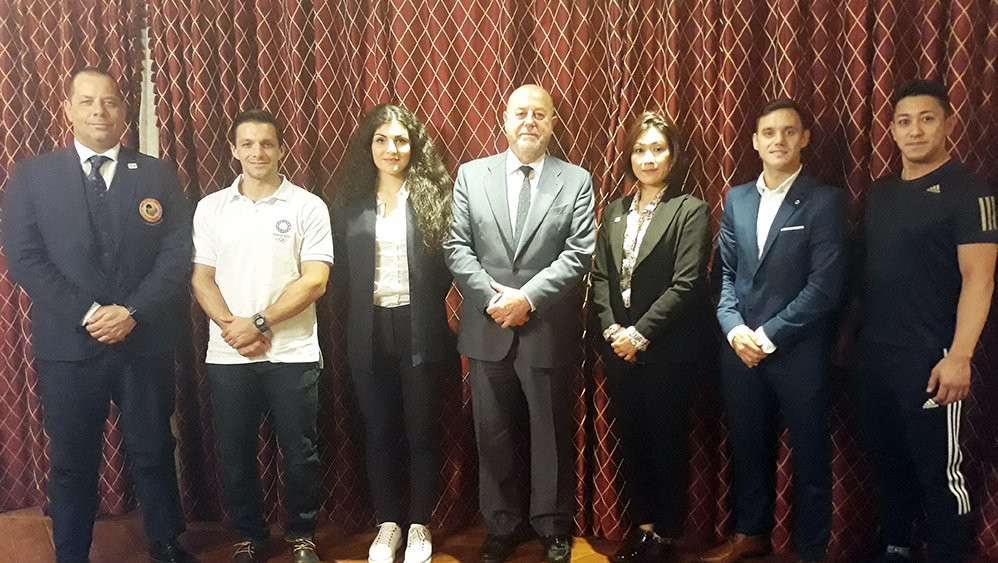 The World Karate Federation (WKF) Athletes' Commission met in Dubai to discuss the current state of the sport and consider "new proposals".

At the meeting in the United Arab Emirates, which took place during Dubai's staging of a WKF Karate-1 Premier League leg, the Commission's members covered new competition rules implemented this year, proposals "from the athlete standpoint" and athlete safety.

No details of any decisions made have yet been released, but all of the Commission's members were present.

"The WKF Athletes' Commission is a crucial platform for karatekas to be heard as their involvement in the major issues of the sport is essential for the progress of karate," WKF President Antonio Espinós said.

Benetello, meanwhile, said all the Commission members are "ready" to improve the sport.

"As chairman of the Athletes' Commission, I am very honoured to have such enthusiastic members that always have many useful inputs to our sport," he said.

Karate will make its Olympic debut at Tokyo 2020 but learnt last week that it had not been put forward for Paris 2024.

The WKF declared themselves "deeply saddened" by the decision.