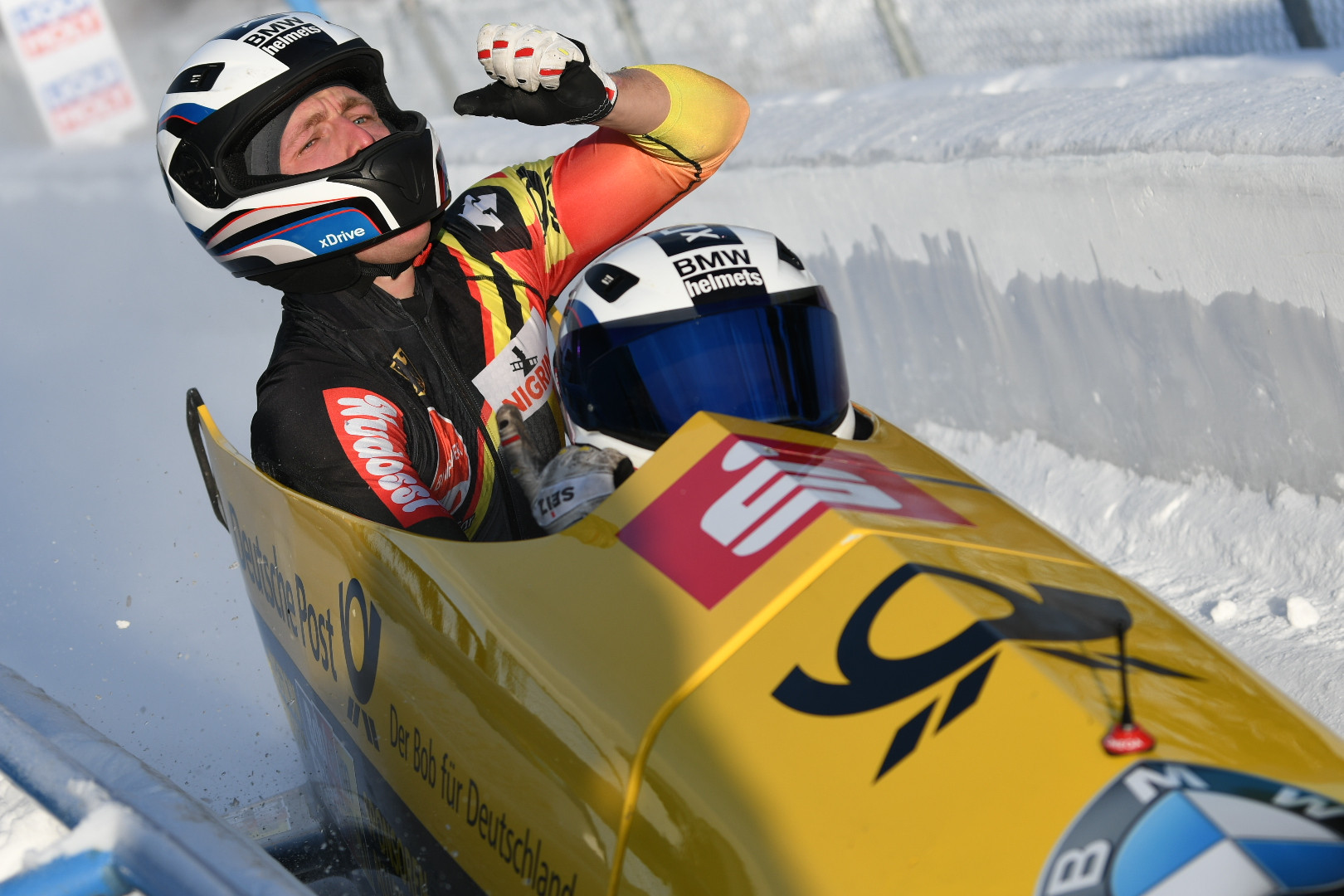 Olympic champion Francesco Friedrich has become the first person in history to complete an entire International Bobsleigh and Skeleton Federation World Cup season unbeaten, after winning the two-man once again at the final event in Calgary.

The 28-year-old, who won joint Olympic gold in Pyeongchang alongside his team-mate Thorsten Margis, triumphed after two runs with a time of 1min 50.84sec to claim their eighth win of the season.

It means Friedrich finishes the campaign with a perfect score of 1,800 points and can now boast every major title in the sport including the world and European crowns.

Canadian pilot Justin Kripps, who tied for gold with Friedrich and Margis in Pyeongchang, finished behind by 900ths of a second in 1:50.93 to take second on home ice with Ryan Sommer.

In the overall standings it was Latvia's pair of Oskars Kibermanis and Davis Springs who finished second after coming sixth in Calgary, while Germany's Nico Walther finished third overall after coming fifth.

Germany also claimed the overall title in the women's two-person bobsleigh where Mariama Jamanka sealed victory for the first time in her career.

Alongside her brakewoman Annika Drazek, the reigning Olympic champion claimed her fourth win of the season in Calgary in a time of 1:53.63.

Her team-mate Stephanie Schneider, alongside her brakewoman Ann-Christin Strack, finished third in Calgary with a time of 1:54.05.

That saw them finish the World Cup season in second, while Elana Mayers Taylor from the United States came second in Calgary to finish third overall.

The Olympic bronze medallist from Sochi 2014 could only finish fifth in Calgary, but that was still enough to seal overall victory with 1,663 points.

The 2016 world champion, Tina Hermann from Germany, finished first in the last race of the season with a time of 1:57.39.

That victory was enough to see her finish second overall, while local star Mirela Rahneva came second in today's race in 1:57, to come third overall.

The Pyeongchang Olympic bronze medallist Laura Deas from Great Britain came third in Calgary, for her first podium finish of the season at the last event.