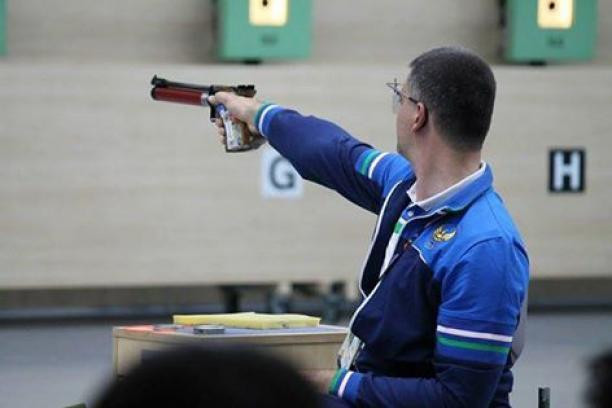 Ibragimov won the event with a total score of 223.0 at the Al Ain Equestrian, Shooting and Golf Club.

He was a bronze medalist at Rio 2016 on his Paralympic debut.

In second was India's Singhraj with a total of 222.8, while Ukraine's Oleksii Denysiuk was in third with 200.5.

The London 2012 Paralympic gold medalist recorded a score of 253.6 to win the event in Al Ain.