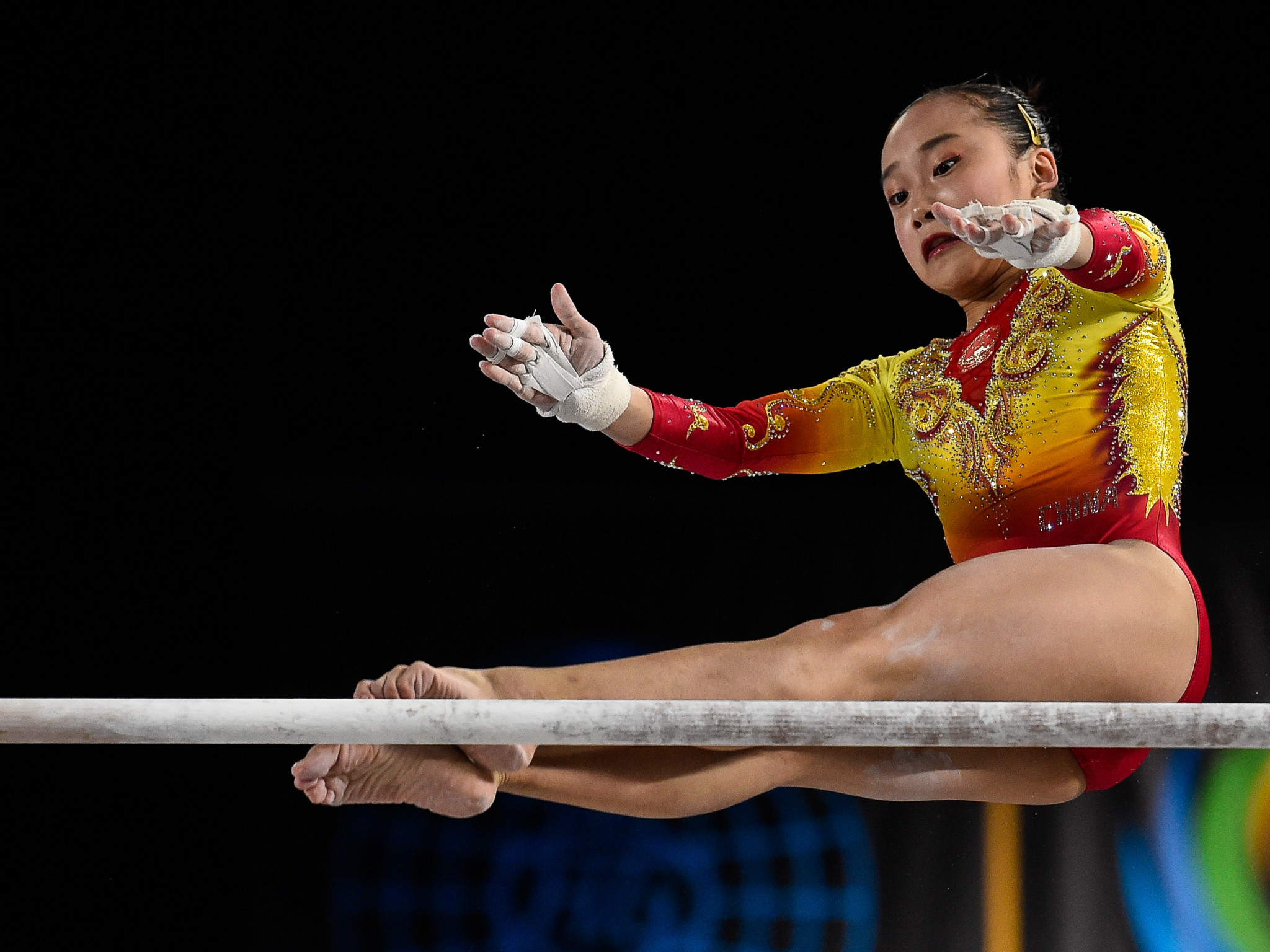 Double world champion Fan Yilin of China added to her growing list of international medals as she took gold in the uneven bars final at the International Gymnastics Federation Individual Apparatus World Cup in Melbourne.

Fan, the two-time world champion on the apparatus who won team bronze at the 2016 Olympic Games in Rio de Janeiro, topped the podium with a score of 14.833 points.

The 19-year-old led a Chinese one-two at the Melbourne Arena as team-mate Lyu Jiaqi was second on 14.366.

Yeo's total was just 0.066 higher than the 43-year-old Olympic and World Championships gold medallist, while bronze was earned by Yu Linmin of China.

World Championship medallists excelled in the men's events on the opening day of finals.

Carlos Edriel Yulo of The Philippines, who earned bronze at last year's World Championships in Doha, took the floor honours with a score of 14.566.

Japan's Hibiki Arayashiki did enough for silver on 14.500 as he edged Spain's Rayderley Zapata by virtue of a higher difficulty after both scored the same total.

Lee Chih-kai of Taiwan added Individual Apparatus World Cup gold to the bronze medal he won in Qatar last year as he won the pommel horse event with 15.266 points.

Weng Hao of China was second on 15.233, while Tomomasa Hasegawa of Japan clinched bronze on a score of 14.666.

China's Liu Yang, world champion in 2014, reigned supreme in the rings final after his routine was rewarded with 15.166 points.

The event in Melbourne concludes tomorrow with the last five apparatus finals.