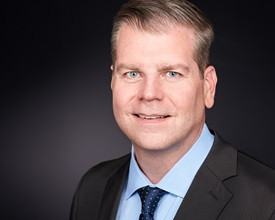 Sandusky, who spent 10 years at the USOC, will be responsible for communications at National Basketball Association team the New York Nicks and National Hockey League franchise the New York Rangers in the role.

He will also oversee "team efforts relating to major announcements, issues management and other communications initiatives", according to The Madison Square Garden Company.

"It is an honour to join The Madison Square Garden Company," said Sandusky, who served as lead spokesperson for the USOC during his time with the National Olympic Committee.

"After a decade of working with many of the world’s greatest athletes at Team USA, I now have the opportunity to work with the Knicks and Rangers, two teams with storied histories, and dedicated and passionate fan bases.

"I look forward to collaborating with the Knicks and Rangers seasoned public relations teams, team management, and MSG’s executive leadership to ensure we are doing everything we can to promote these celebrated franchises."

Sandusky joined the USOC in 2009 and previously held the titles of chief communications officer and chief of public affairs.

He has extensive experience working on bids for the Olympic and Paralympic Games, while he has also led public relations and communications programmes for sports organisations including the Big Ten Conference and English Premier League team Chelsea.

Before working for the USOC, Sandusky spent 10 years at global public relations firm Hill+Knowlton, where he was seconded to serve as spokesperson and vice-president of communications for Chicago's bid for the 2016 Olympic and Paralympic Games.

During his time at Hill+Knowlton, he also worked in the company's London offices, leading the global account team that supported London’s successful bid for the 2012 Olympics and Paralympics.

"The Knicks and Rangers are two of the most legendary sports brands in the world, and command significant interest across both traditional and non-traditional media.

"Patrick’s experience developing and executing successful communications strategies on a global stage will be a tremendous asset to the Company as both teams continue to execute on their plans to build championship-calibre franchises."