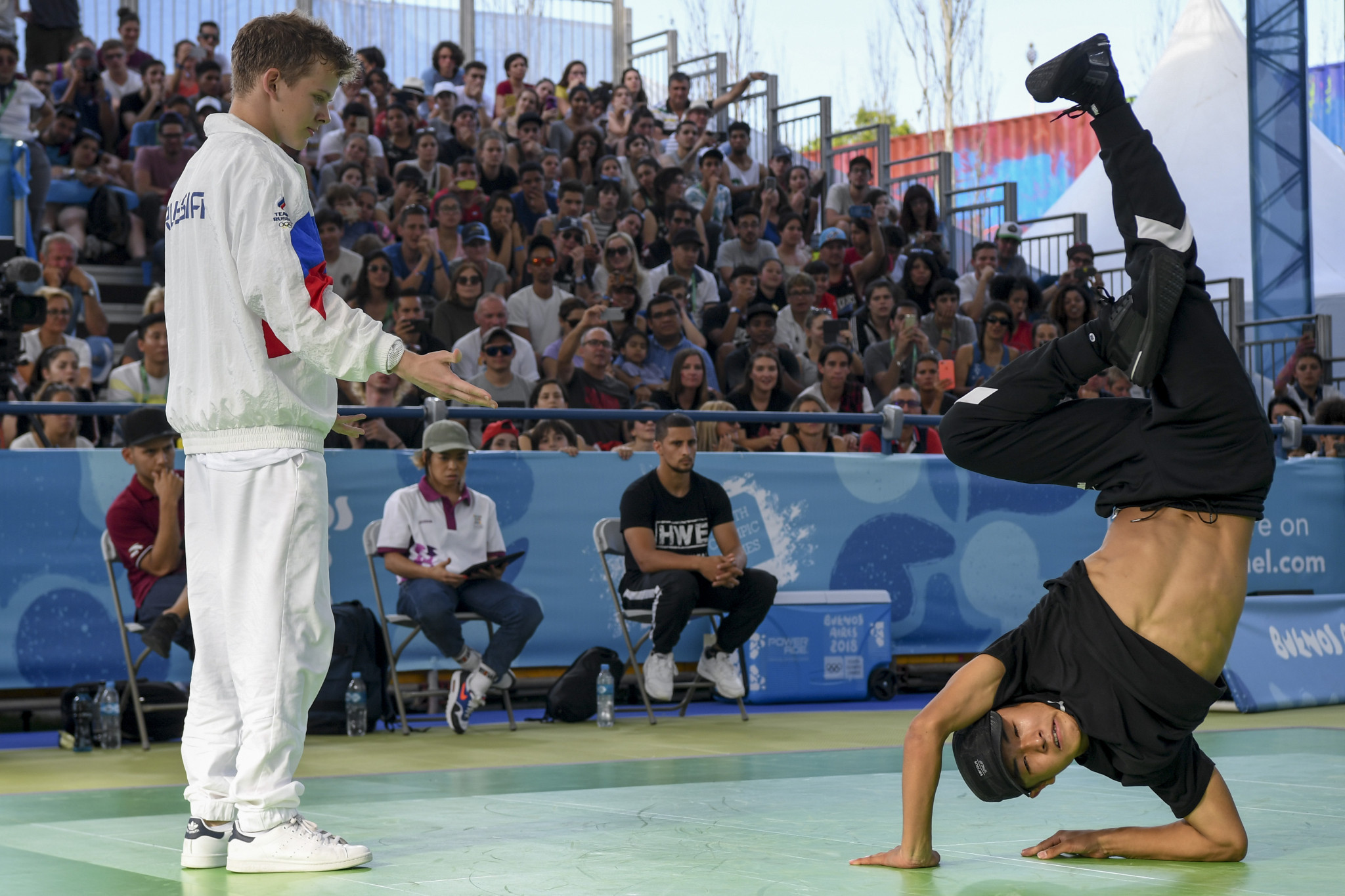 World DanceSport Federation (WDSF) President Shawn Tay has admitted the potential inclusion of breakdancing at the 2024 Olympic Games in Paris would be a “fantastic achievement”.

Breakdancing, otherwise known as breaking, has emerged as a serious contender to be included on the Paris 2024 programme as an additional sport.

Paris 2024, like Tokyo 2020, will be able to add their preferred sports to the core sports on the programme.

A press conference has been called by Paris 2024 for 10am local time tomorrow in the French capital.

French media reports have suggested sport climbing, skateboarding and surfing could retain their places, having been among five sports added for Tokyo 2020, along with baseball/softball and karate.

Breakdancing has also been heavily touted for inclusion.

In an email to Member Federations, seen by insidethegames, Tay conceded breakdancing currently is their best chance of having a discipline included as a medal event at the Olympic Games.

He called on members to celebrate the discipline’s potential addition to the programme and suggested inclusion could be a platform to have further dance sport events added in the future.

"The WDSF strongly believes that we are a reliable and perfect partner in the Olympic Movement that can add significant value at low cost to the IOC (International Olympic Committee) and a Summer Olympic Games," Tay wrote.

"Should breaking eventually be included on the Paris 2024 Olympic programme, it would be a fantastic achievement.

"New doors would open, visibility of all of our activities would increase significantly, and we could prove the value of our DanceSport community in its entirety as well as further build valuable relationships with NOCs and national governments for the good of our beautiful sport.

"We have the vision that it will also be possible for other disciplines to be included on the Olympic programme at a later stage.

"At this point of time, there is no doubt that breaking has the best chance of being considered as a medal event at a Summer Olympic Games.

"For all of us with the vision of getting our sport officially featured at the Games, let us celebrate breaking’s possible inclusion and continue to work hard for the development of our other disciplines.

"Rest reassured that the WDSF Presidium is fully committed to do so.

"Colleagues, this is a very important time in the history of our sport and we need to show how well we can all work together."

The Games in Argentina’s capital city marked the sport's debut at an Olympic competition.

Potential inclusion of break dancing would appear to chime with the International Olympic Committee’s efforts to ensure the Games appeal to young people and continue the urbanisation of sport.

When the sport was added to Buenos Aires 2018, alongside karate and sport climbing, the trio were hailed by the IOC as "emerging, universal and urban sports with a significant youth appeal".

A row did emerge in the build-up to the Games when a Lebanese-Armenian breakdancer accused the WDSF of exploiting break dancing as a "Trojan horse" to "get its foot in the door of the Olympics".

The WDSF responded by claiming they were collaborating with a number of organisations in competitive breakdancing to ensure communities voices were being heard in the build-up to the Youth Olympics.

A similar row could yet emerge should the sport be included at Paris 2024, with Erwin Mahroug, President of breakdancing media company bboyworld, having claimed the break dancing community had not been involved in any attempts to include it at Paris 2024.

Mahroug called for a meeting with the IOC, having claimed the break dancing community do not have a vote within any national governing body or the WDSF, while they claim to have no ability to present to the IOC.

The dispute over who represents break dancing appears reminiscent of the fractious debate over skateboarding prior to its inclusion on the Tokyo 2020 programme.

Squash is among the sports to have sought inclusion at Paris 2024 having campaigned for Olympic inclusion for some time, having been rejected for London 2012, Rio 2016 and Tokyo 2020.