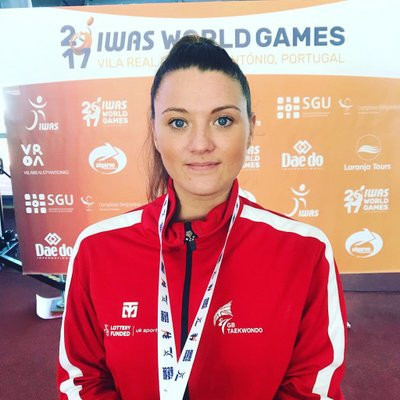 Great Britain's Amy Truesdale was among the winners as the African Para-Taekwondo Championship in Hurghada today.

Despite the one-day Championships being a continental event, athletes from around the world competed in the Egyptian city.

Truesdale, who missed out on her third world title earlier this month in Antalya, beat current European champion Aynur Mammadova of Azerbaijan 14-11 in the final of the women's over-58 kilograms K44 category.

She earlier defeated reigning world champion Débora Menezes of Brazil 10-5 in the semi-finals at the Hurghada Covered Sports Hall.

Menezes was one of the two bronze medallists, along with France's Laura Schiel.

Today's other female champions were Ukrainians Viktoriia Marchuk and Yuliya Lypetska in the under-49kg K43 and over-58kg K43 divisions respectively.

She takes down the current European Champion, Aynur Mammadova 🇦🇿 14-11!

In men's competition, Azerbaijan's Nijat Muslumov triumphed in both the under-75kg K42 and K43 categories.

The fourth edition of the African Para-Taekwondo Open Championship attracted a record number of 120 participants from 28 countries.

The event was hosted by Egypt for the first time.