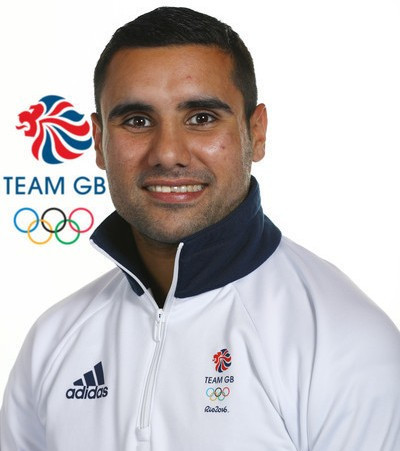 Degun, a former senior reporter at insidethegames, is set to join the CGF in April.

He steps into a role vacated by Ben Nichols, who left the organisation in May after six months in the position.

"I feel honoured and privileged to be joining the CGF at a very exciting time for the Commonwealth sports movement," Degun told insidethegames.

"I have long been an advocate of the Movement since I started out my career at insidethegames, so I am excited to be joining a fantastic team with the 2021 Commonwealth Youth Games and of course the Birmingham 2022 Commonwealth Games fast approaching.

"I am sad to be leaving an amazing role at UK Sport but the opportunity to work with Louise, David and the team at the CGF is simply too good to turn down.

"I look forward to taking the stories of our incredible movement to the widest possible audience and showcasing the amazing power of sport across the Commonwealth and beyond."

Degun worked for insidethegames from 2009 to 2013, covering a number of top events, including the 2012 Olympic and Paralympic Games and 2010 Commonwealth Games in New Delhi.

He then joined Inspired Exchange, a small project and events agency operating across the sport, health promotion and education sectors, as marketing and communications manager.

Degun held roles with the Youth Sport Trust and the English Institute of Sport before becoming communications manager at UK Sport in December 2016.

"We’ve seen him develop his career from his early days at insidethegames covering the 2018 bid process and early Glasgow 2014 Coordination Commissions through to his hugely impactful tenure at UK Sport.

"With Birmingham 2022 on the horizon we look forward to him joining the team to lead on our media and communications."

"It is with real sadness that we say goodbye to Tom. From the first day I joined UK Sport Tom has been a wonderfully professional and entertaining presence and he will be deeply missed," she said.

"I have absolutely no doubt he will do a superb job with the CGF and I look forward to seeing his career flourish there.”