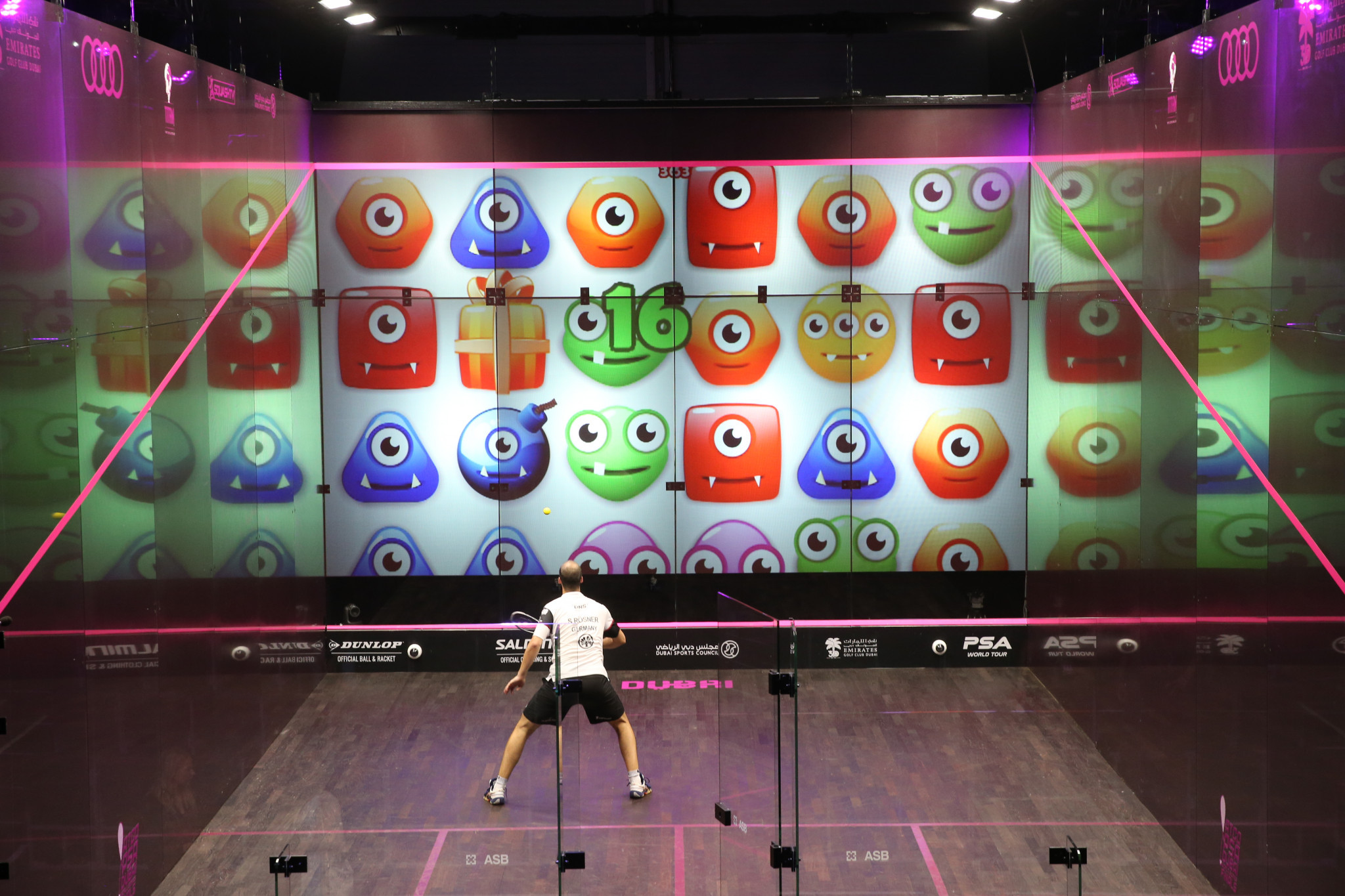 The wall, run by interactiveSQUASH, will allow organisers to project player stats, replays, entertaining games, visual effects and sponsors content and branding on the playing surface of the all-glass court.

This year’s event will be the first World Championships to feature such a set-up, though an interactive wall did feature at the PSA World Series Finals in Dubai last season and at the 2018 Summer Youth Olympic Games in Buenos Aires.

"The PSA World Championships is squash’s pinnacle tournament, and we are delighted to be involving interactiveSQUASH in Chicago as we look to make this a tournament to remember,” PSA chief operating officer Lee Beachill said.

"We have enjoyed a strong relationship with Markos [the founder of interactiveSQUASH] and his team over the past year.

"Their commitment to growth and innovation is a mindset which tallies perfectly with that of squash as a whole and we are looking forward to working with them and our court partner ASB further in Chicago.

"Squash has an unparalleled ability to showcase a city’s iconic locations and we believe that the World Championships - which will be staged in Union Station’s Great Hall - will encapsulate that ability perfectly.”

The PSA say the ability to introduce an interactive screen on the front wall is an example of “squash’s relentless drive for innovation”.

“Having interactiveSQUASH featured in the most prestigious tournament in professional squash, the first offering a record $1 million prize purse, is not only an outstanding achievement for us but is also the confirmation that this system is now a substantial part of a sport which has shown a real commitment to innovation over the past decade,” interactiveSQUASH founder Markos Aristides Kem said.

“We couldn’t be happier with the huge amount of positive feedback we receive everyday from both court owners and players.

“We are also proud of how our relationship with PSA has been strengthened during the last years.

“We are convinced that, thanks to this support, we will be able to keep upgrading more courts and converting a great deal of new players into engaged fan and followers of this amazing game.”