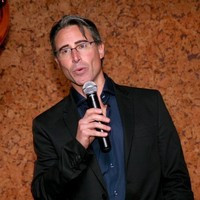 Pepe had been consulting with US Olympic and Paralympic Properties for three months prior to his formal appointment to the role, Los Angeles 2028 said.

He will be tasked with the development and execution of the sponsorship strategy for the Los Angeles 2028 and Team USA brands and will report to chief revenue officer Kathy Carter.

The former Visa, Major League Soccer (MLS) and Yahoo executive will help Los Angeles 2028 in its search for partners of the Summer Olympic and Paralympic Games.

Pepe was a founding executive member of the MLS, founded in 1993 and which held its first season in 1996 before he left for Yahoo, directing its first global sports digital joint venture with FIFA.

He then went on to become head of strategic partnerships; concierge - NA Credit Products.

In October, Legends was announced as the sponsorship sales agency for Los Angeles 2028.

It is claimed Legends will help develop, identify and secure sponsorship opportunities, as well as work with Los Angeles 2028 and USOC to sell their collective story, while working with the commercial joint venture.