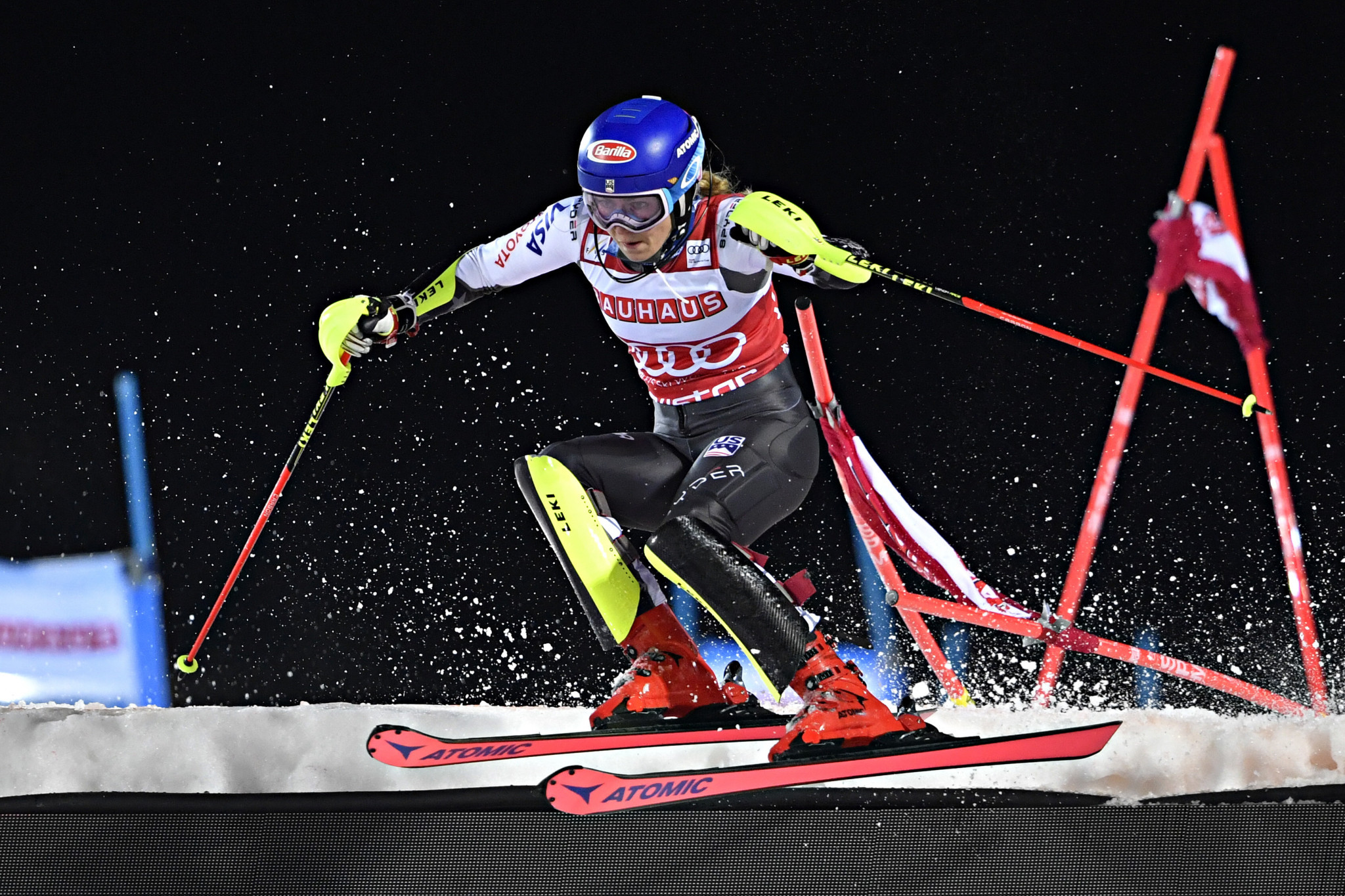 Skiers had a short distance to travel from Åre, where the World Championships concluded just two days ago.

The skiers went head-to-head in two races, one on each track, with the winner progressing to the next round.

Shiffrin, crowned women’s slalom world champion for the fourth time in her career on Saturday (February 16), eased through the early rounds.

Shiffrin won the opening race and Larsson responded by edging the second, only to finish 0.01 seconds down on the American’s overall time of 37.02sec.

The result saw Shiffrin advance to the final where she clocked 37.11 over the two runs to claim the gold medal, with Germany’s Christina Geiger winning the silver in 37.38.

Larsson completed the podium with two clean runs in the small final, as her compatriot Frida Hansdotter failed to finish the first run so was forced to settle for fourth.

Switzerland’s Ramon Zenhaeusern triumphed in the men’s event, with Sweden’s Andre Myhrer failing two finish both runs in the final.

There was disappointment for Austria’s Marcel Hirscher, three days on from earning a record equalling seventh individual world title.

He was eliminated in the quarter-finals and finished in eighth place.