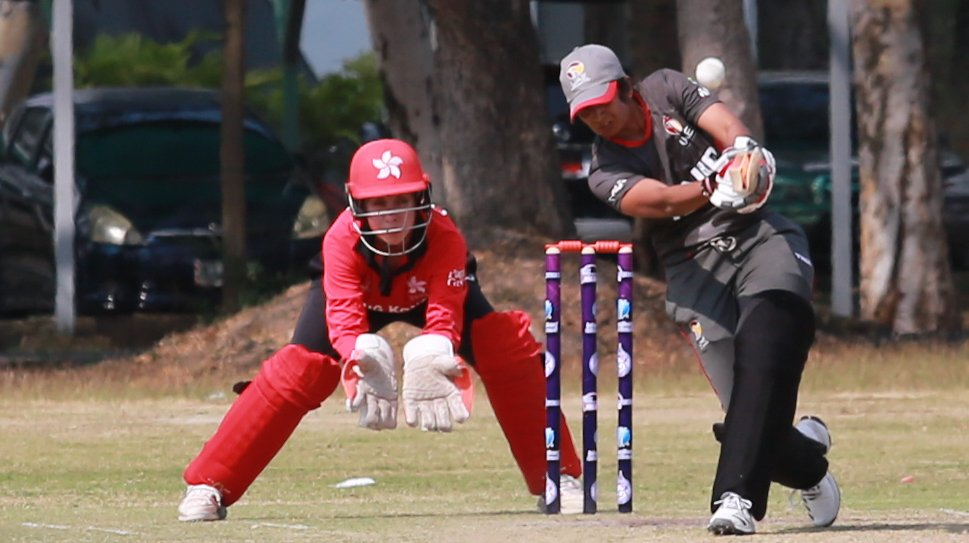 The UAE won the toss and elected to bat against Hong Kong at the Asian Institute of Technology Ground.

They scored 120 runs for the loss of eight wickets during their 20 overs, with Esha Rohit top scoring on 19.

Hong Kong quickly fell behind on the run rate and ultimately suffered defeat, having finished on 85/8 at the end of their innings.

An unbeaten 42 from Siow Tzin Yee helped Malaysia earn a straightforward win over Kuwait at the same venue.

Kuwait were bowled out for 76, with Malaysia’s Mas Elysa taking three wickets to help her team triumph by 21 runs.

Hosts Thailand began with a nervy victory over China, with their match impacted by weather at the Terdthai Cricket Ground.

The match was reduced to eight overs due to rain.

China scored 32 runs for the loss of seven wickets, having been put into bat by Thailand.

The hosts responded by scoring 35 runs with one ball to spare, giving them an opening day win.

Nepal will make their first appearance of the tournament tomorrow when they face Malaysia, before China take on Hong Kong.

Kuwait will face the UAE in the final match of the day.

Hosts Thailand were off to a winning start in the ICC Women's Asia Qualifier 2019 in a rain-hit game, while Malaysia began with a strong all-round performance.

Four other regional events are due take place over the next four months offering a spot at the T20 World Cup and Cricket World Cup qualifiers.

The African qualifying event is due to take place from May 2 to 12 and feature Kenya, Mozambique, Namibia, Nigeria, Rwanda, Sierra Leone, Tanzania, Uganda and hosts Zimbabwe.

Vanuatu will host the East Asia-Pacific competition, scheduled to be held from from May 6 until 11 and consisting of the host country, Fiji, Indonesia, Japan, Papa New Guinea and Samoa.

Canada and the United States will compete in the Americas qualifying tournament from May 17 to 19,.

Germany, The Netherlands and Scotland are the countries set to take part in the European event in Spain from June 24 to 30.