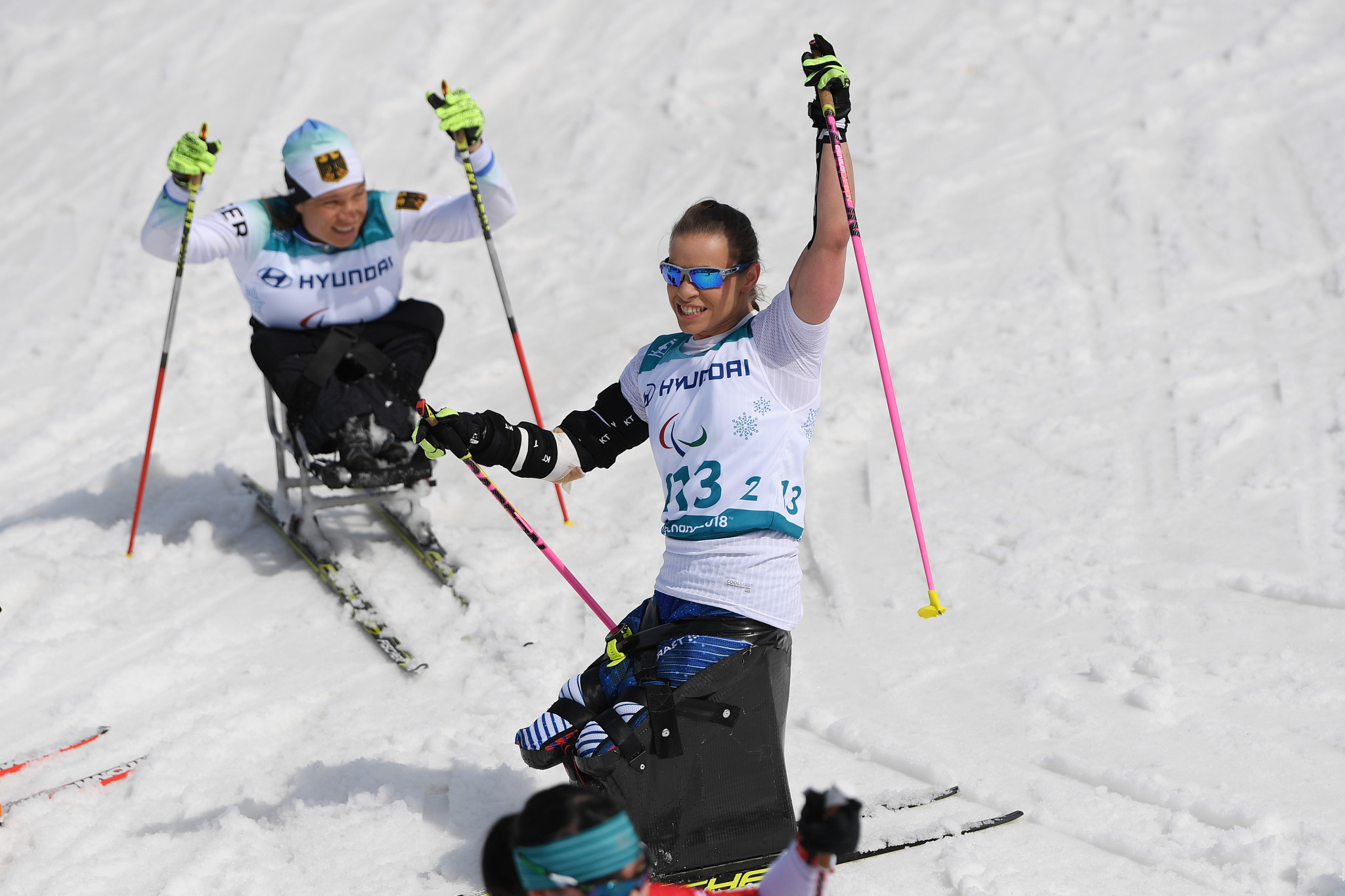 The trio, all winners of biathlon races in the Canadian resort yesterday, topped the podium again today on a day of middle distance cross-country action.

In the morning’s first race, Masters from the United States, a two-time Paralympic champion from Pyeongchang 2018, triumphed in the women’s sitting race with a time of 15min  46.5sec.

In a repeat of yesterday’s biathlon result that time saw Masters beat her compatriot Kendall Gretsch, who finished second in 15:13.8.

Yesterday’s bronze medallist Andrea Eskau was beaten into third this time by Birgit Skarstein from Norway, who clocked 16:46.8.

Going in the men’s visually impaired race, Holub, winner of a Paralympic Games silver medal at Pyeongchang 2018, was victorious this time around in 25:36.3.

That was enough for him to beat Ukraine’s Dmytro Suiarko by almost three seconds, while Frenchman Anthony Chalencon finished third, another 20 seconds behind.

Daviet won France’s only gold medal of the day and his second of the Championships in the standing event, where he finished in 25:27.1.

The three-time Paralympic champion, a winner of three gold medals at last month’s World Cup in Östersund, won today by more than 80 seconds ahead of Canada’s Mark Arendz, the bronze medallist in yesterday’s biathlon.

Today’s bronze went to another Ukrainian, Gryg Vovchynskyi, who finished in 26:54.7.

Three other finals also went ahead across the standing, sitting and visually impaired divisions, as Germany, Ukraine and Norway picked up wins.

After Masters won the women’s sitting race, the men’s event was taken by Germany’s Martin Fleig in 22:55.8.

Ukraine’s Oksana Shyshkova took the women’s visually impaired final in 24:15.3 and Norway’s Vilde Nilsen won the women’s standing race in 22:14.6, to claim her first world title at the age of 18.

Fleig seized his gold ahead of Daniel Cnossen from the US and Taras Rad from Ukraine, while in the visually impaired race Shyshkova beat Austria’s Carina Edlinger and Germany’s Clara Klug.

Tomorrow the Championships is due to continue with sprint cross-country races.