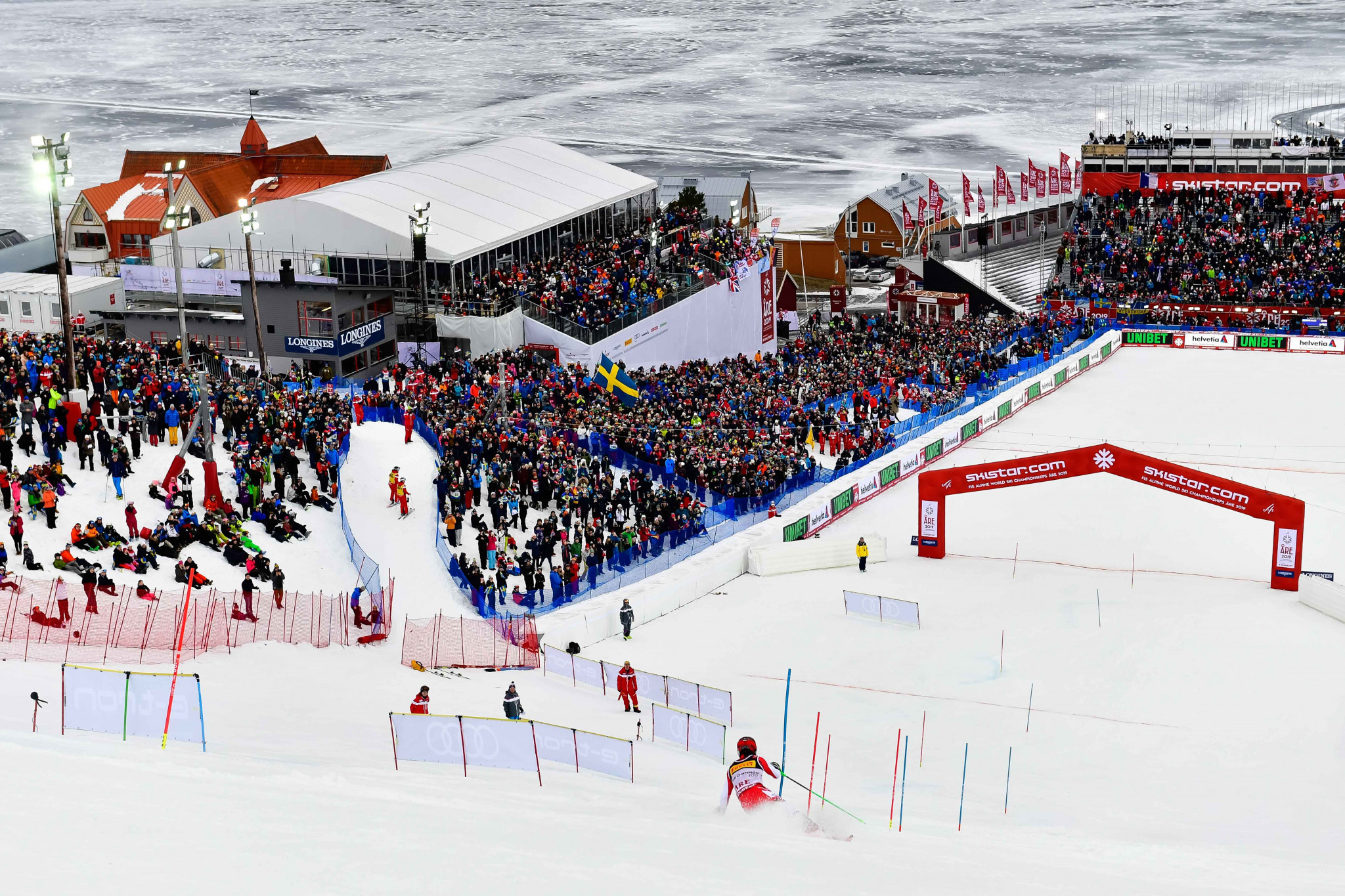 The defending champion was the favourite to triumph in the concluding event of the Championships in the Swedish resort.

He lived up to the status by producing a blistering opening run to take full command of the competition.

Hirscher‘s first run time of 1min 0.60sec gave him a 0.56 second cushion over his nearest challenger Alexis Pinturault of France.

Pinturault, the Olympic silver medallist, was the only skier within one second of the defending champion at the halfway mark.

Hirscher was slower on his second run as he crossed the line in 1:05.26, but his overall time of 2:05.86 was enough to celebrate victory.

That saw him claim a third slalom world title of his career, matching the record of Sweden’s Ingemar Stenmark.

It could prove to be his final medal at the Championships as Hirscher continues to muse over the possibility of retirement.

The victory also gave Austria their first gold medal in Åre as their team finished with a flourish.

Hirscher’s team-mate Michal Matt claimed the silver medal in a time of 2:06.51, ending 0.65 seconds behind the winner.

The all-Austrian podium was completed by Marco Schwarz, who finished in 2:06.62.

Pinturault missed out on a medal as the Frenchman dropped to fourth following the second run of the competition.

Norway and Switzerland finished as the most successful nations at the Championships as they finished with two gold, one silver and a bronze medal each.