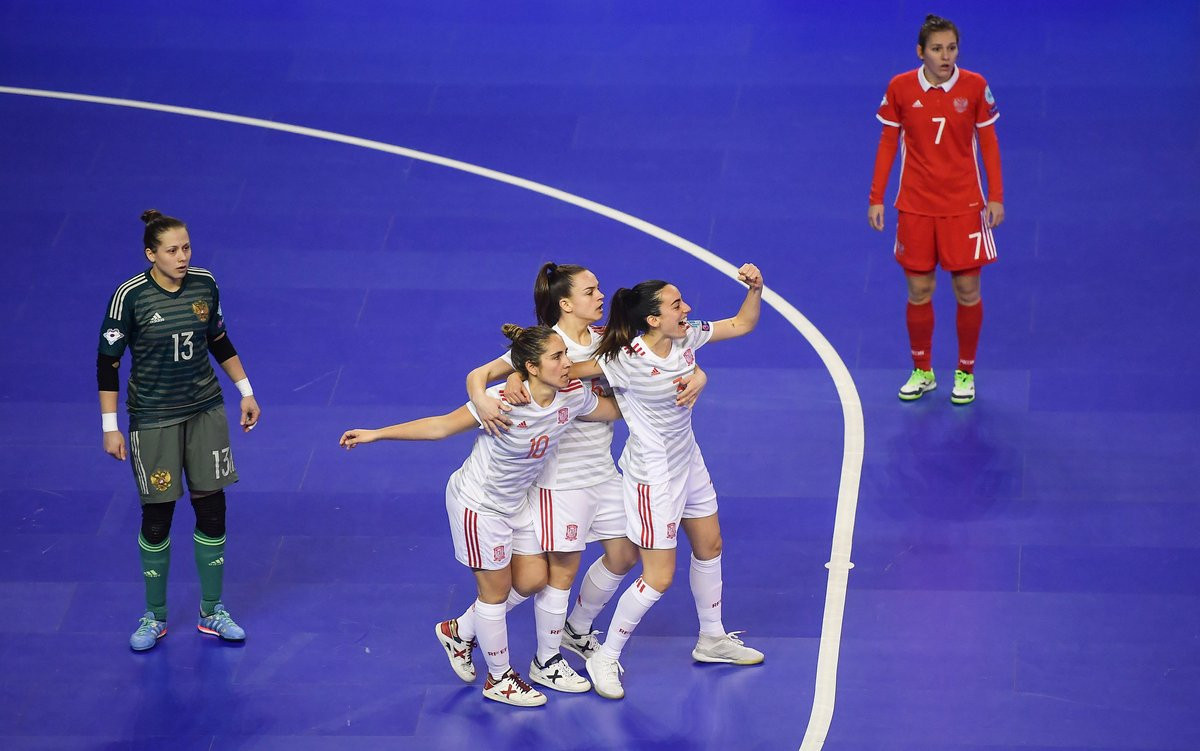 Hosts Portugal and Spain will meet in the final of the inaugural UEFA Women's Futsal Euros after winning their respective semi-finals in Porto today.

Spain were the first to book their place in the final, comfortably beating Russia 5-0 at the Pavilhão Multiusos de Gondomar in Porto.

Vanessa Sotelo opened the scoring in the 17th minute before Amelia Romero added two goals in the 19th and 25th minutes.

Lucía Gómez González and Irene Samper also got on the score sheet, putting the game behind doubt.

They will play hosts Portugal in the tomorrow's final.

Portugal defeated Ukraine 5-1 in the second semi-final of the day.

Janice Silva opened the scoring for the Portuguese in the 13th minute before their opponents equalised through Anna Sydorenko.

This turned out to be a consolatory goal for Ukraine however, with Ana Sofia Goncalves restoring Portugal's lead in the 27th minute.

Silva and Goncalves then got another goal each in the dying minutes to ensure Portugal's progress.

The first ever UEFA Women's Futsal Euro champion will be crowned on Sunday (February 16) in the final, with the third place match between Ukraine and Russia also taking place.