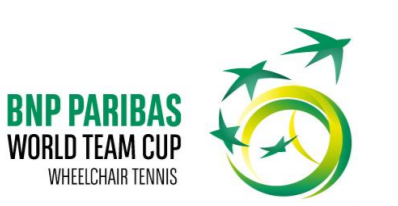 The men's side beat Ghana 3-0, while the women's outfit defeated Tanzania by the same scoreline on the clay courts at the Nairobi Club.

Kenya coach Lawrence Karanja was happy with the promising start but admitted there is room for improvement.

"We can still give better than this and I think that will be the determining factor on which team qualifies for the World Cup and which does not," Karanja told Daily Nation Sport.

Omondi and Munuve then went onto win the doubles game 6-2, 6-0 and secure victory in the Pool Two opener.

The duo then combined to win 6-1, 6-0 against the Tanzania pair.

Today's one other match came in Pool One of the men's event with Rwanda overcoming Nigeria 3-0.

Action in Nairobi is due to continue tomorrow.

South Africa are also competing at the tournament.

They are in Pool One of the men's and women's events.

One team in each of the men’s and women’s draws will advance into the ITF World Team Cup Finals.

That competition, scheduled to take place from May 13 to 18, is considered the ITF's flagship wheelchair tennis team event and will be held at the Larry and Mary Greenspon Israel Tennis Centre in Ramat Hasharon.