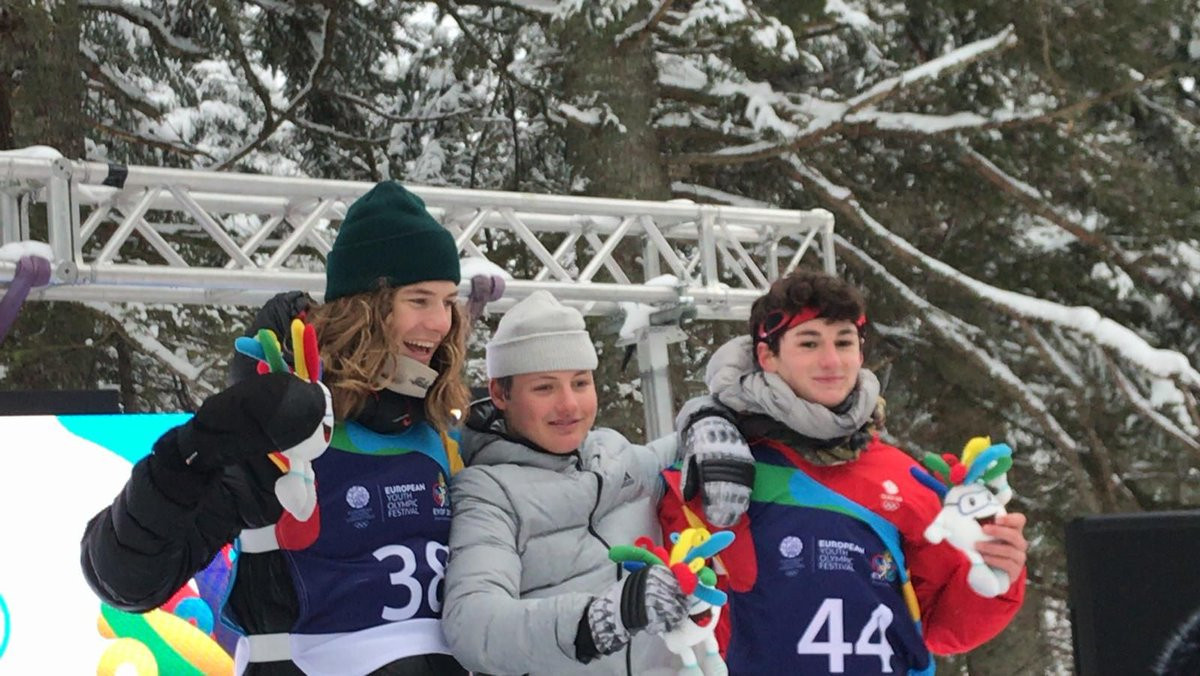 Puenter, the winner of the snowboard slopestyle competition on Tuesday (February 12), triumphed with a score of 184.25 points.

He beat nearest challenger Motiejus Morauskas of Lithuania by a margin of 1.25 points.

Completing the top three was Gabriel Adams, who claimed Great Britain's first medal of the 2019 Winter EYOF with 169.25 points.

Adams fell on his first run in the final to sit in ninth position, but his next two runs were among the best recorded and moved him up the leaderboard to earn the bronze.

"I'm super excited to have won [the bronze medal] - it was such a good experience," he said.

"I managed to put down a pretty decent run that got me into third.

"I wasn't expected to win like that - my mum and dad were so excited; my mum even cried a bit.

"It's been wicked that they even came to watch - I can't thank them enough."

In the girls' event, Gisler prevailed with 167 points and was followed in the rankings by compatriot Lena Mueller with 155.75 and then Norway's Stine Espeli Olsen with 118.75.

Among today's other gold medallists in Bosnia and Herzegovina was Norway's Andreas Bergsland in the boys' cross-country skiing sprint classic technique event and Poland's Monika Skinder in the girls' equivalent.

Bergsland held off Russia's Artem Maximov and Sergey Volkov, the silver and bronze medallists respectively, while Skinder crossed the line ahead of Russia's Alena Baranova and Norway's Sigrid Leseth Foeyen.

Italy's Lucrezia Beccari was a distant second with 173.69 points and Ukraine's Anastasiia Arkhipova rounded out the podium with 161.73.

There was also success for Russia in the boys' figure skating event thanks to a score of 211.62 points for Ilya Yablokov, the frontrunner after the short programme.

Completing today's action was the ice hockey gold medal game between Czech Republic and Belarus, who finished top of Groups A and B respectively, with the former winning 3-1.

Earlier in the day, Finland defeated Russia by the same scoreline in the bronze medal game.