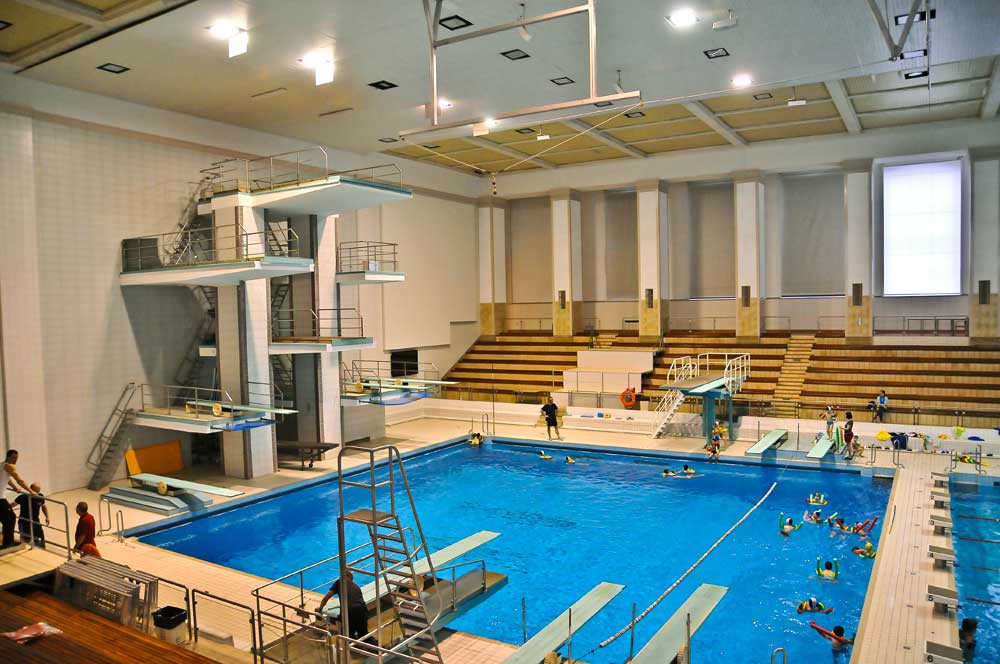 Rostock in Germany is set to host the first International Swimming Federation Diving Grand Prix event of the season this week.

The Neptun-Schwimmhalle in the German city is scheduled to stage the event from tomorrow through to Sunday (February 17).

It provides divers with their first taste of international competition this year as the build-up to this year's World Championships in Gwangju continues.

Preliminary round action in the men's 3 metres springboard and women's 10m platform events takes centre stage on the opening day.

The first medals of the new campaign are then due to be awarded in the two events, as well as the men's 3m and women's 10m synchronised competitions, on Friday (February 14).

A new season of #Diving is kicking off this weekend. Rostock is hosting the first stop of FINA Diving Grand Prix this year. Follow the action live, starting on #ValentinesDay. 🌍

Following the event in Rostock, there is a near two-month break before the FINA Grand Prix circuit resumes in Calgary from April 4 to 7.

The series then heads to Mission Viejo in California in the United States for the third event from April 11 to 14.

Madrid, Bolzano in Italy and Cairo will all hold Diving Grands Prix before the World Championships take place in Gwangju from July 12 to 28.

The series continues in November with the final three competitions in Gold Coast, Kuala Lumpur and Singapore.