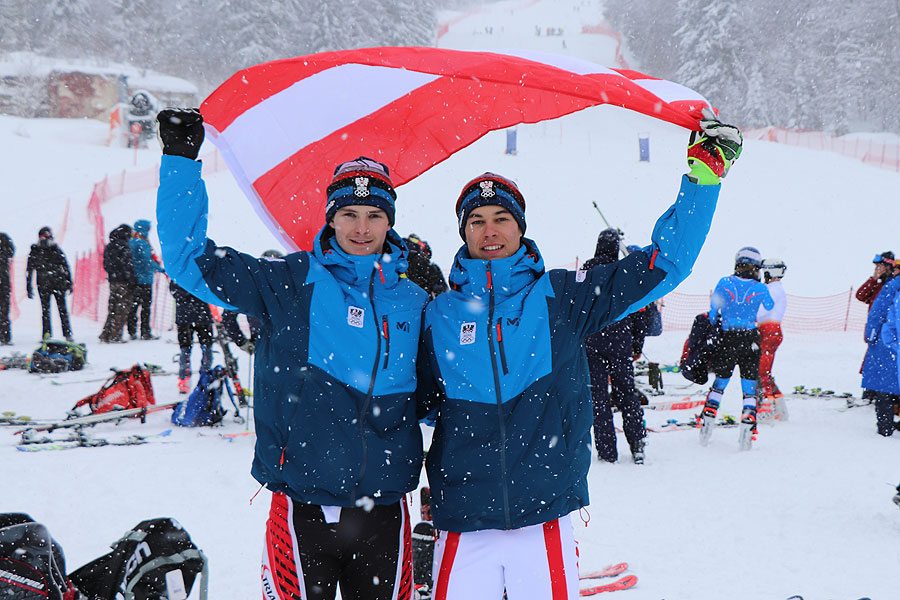 Austria's Joshua Sturm skied to slalom gold on the second day of competition at the Winter European Youth Olympic Festival in Sarajevo and East Sarajevo.

Sturm produced a fine performance to finish the competition in a time of 1min 52.05sec, which proved enough to secure gold in the boys’ event.

He was followed by Italy's Manuel Ploner, who clocked 1:53.39 to take the silver medal.

Bronze was shared by Austria's Lukas Feurstein and Norway's Oscar Zimmer, after they both finished in 1:53.42.

Biathlon sprint medals were also awarded today in Bosnia and Herzegovina, with France's Eric Perrot winning the boys' event in 24:31.7.

There was Swiss success in the boys' snowboard slopestyle event as Nick Puenter topped the standings with a score of 91.25.

Belgium's Jules De Sloover settled for second on 88.50, with Norway's Sebastian Vik rounding off the top three on 86.00.

The girls' event was won by Germany's Annika Morgan, who achieved a score of 90.25.

Finland's Eveliina Taka and the Czech Republic's Marie Kreisingerová won silver and bronze respectively with scores of 87.50 and 78.75.