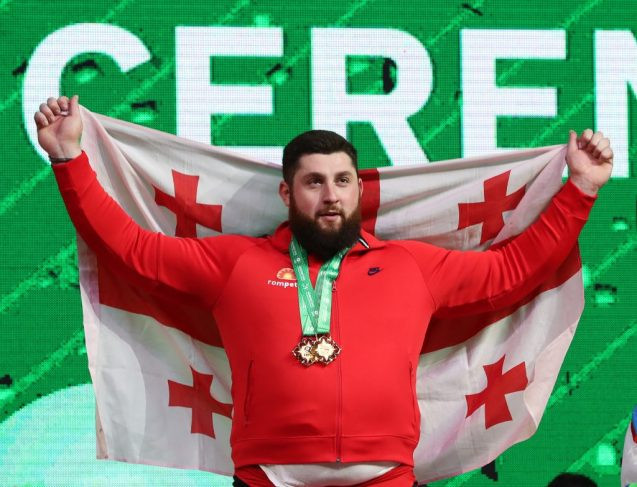 Georgia's Lasha Talakhadze and Spain's Lidia Valentín have been named the respective men's and women's Lifters of the Year for 2018, repeating the feat they achieved for 2017.

More than 30,000 votes were cast on the International Weightlifting Federation (IWF) website with 17,800 going to Talakhadze, who became a three-time world and European champion last year, and 13,000 going to Valentín, who claimed her second world title and fourth European crown in 2018.

The time and the location of the ceremony for the awarding of the Lifter of the Year trophies - named after Hungarian journalist Jenő Boskovics who was editor-in-chief of World Weightlifting magazine - is due to be confirmed at a later date.

At the 2018 IWF World Championships in Turkmenistan's capital Ashgabat, reigning Olympic champion Talakhadze dominated the men's over-109 kilograms event from start to finish.

The 25-year-old broke the world standard for the snatch and clean and jerk twice and that for the total three times on his way to ending on 474kg overall.

Valentín won the women's 81kg overall gold medal with 249kg after finishing first in the snatch with 113kg and third in the clean and jerk with 136kg.

The victory came a year after the 34-year-old legend, who has an Olympic medal of every colour, secured the world title in the 75kg category.

She competed in a higher bodyweight category than usual in Ashgabat, opting for the 81kg as opposed to the 76kg.