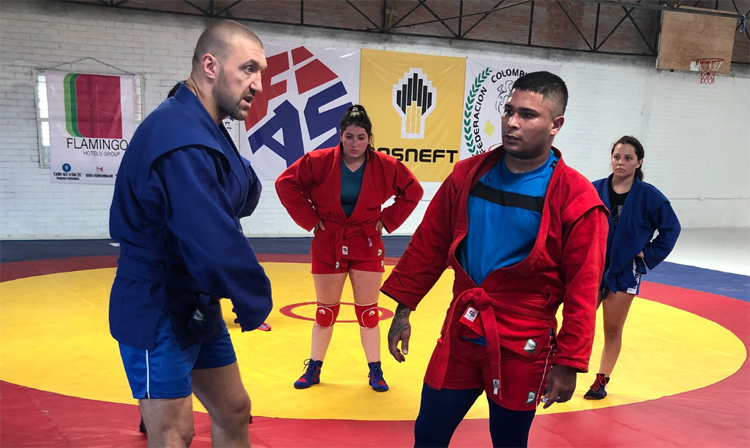 A training camp for sambo athletes from the Pan American region has taken place for the first time in the Colombian city Cali.

The training camp began on February 4 with 33 athletes participating in the two week event at the International Sambo Training Centre.

It served as the official opening of the Centre, which has a 700 square metre training hall.

The camp saw the sambo athletes take part in two training sessions per day, with a focus on practicing their fighting techniques in standing and ground positions.

The athletes were also able to use the modern gym at the Centre to boost their fitness, while a swimming pool was used for recovery sessions.

The camp was held under the guidance of Dmitry Maximov, the International Sambo Federation sports director and two-time world champion.

"An amazingly amiable atmosphere is characteristic of this camp," Maximov said.

"They look like one big family rather than just a bunch of sambists from different countries.

"I hope everything these athletes have seen in the course of the training will enrich their experience and help them prove themselves at home and far beyond."

Athletes have been residing in six houses during the camp, while they had the opportunity to take part in a cultural tour in Cali.

Colombian Sambo Federation President Omar Lopera claimed the training centre would provide athletes with an opportunity to live and train in one place.

Athletes also participated in an environmental campaign to develop a "sambo forest", with the participants each planting a sapling which will grow nearby.