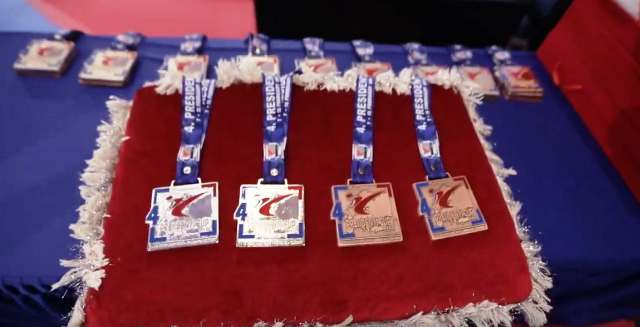 The country also clinched both bronzes thanks to Aleksei Karataev and Vladislav Airiian.

Greece and Jordan won bronze thanks to Evangelos Nikolaou and Loay Nazzal respectively.

The fourth Russian gold was won by Maxim Emelkin, who beat team-mate Khanmagomed Ramazanov in the under-63kg final.

Elsewhere, Turkey enjoyed another good day on home mats with three titles of their own.

Mahmut Kusku clinched further home gold in a second final pitting two home athletes against each other, getting the better of under-55kg rival Omer Yasin Orhan.

The under-68kg title was another to end in Turkish hands as Mustafa Emre Teke won the showpiece match against Italy's Andrea Riondino.

Russia's Iaroslav Petrenko and Ahmed Walid of Palestine did enough to climb onto the third step of the podium.

Two other nations also secured titles today with Kazakhstan and Jordan both registering a solitary success.

Senior women will be in action tomorrow.