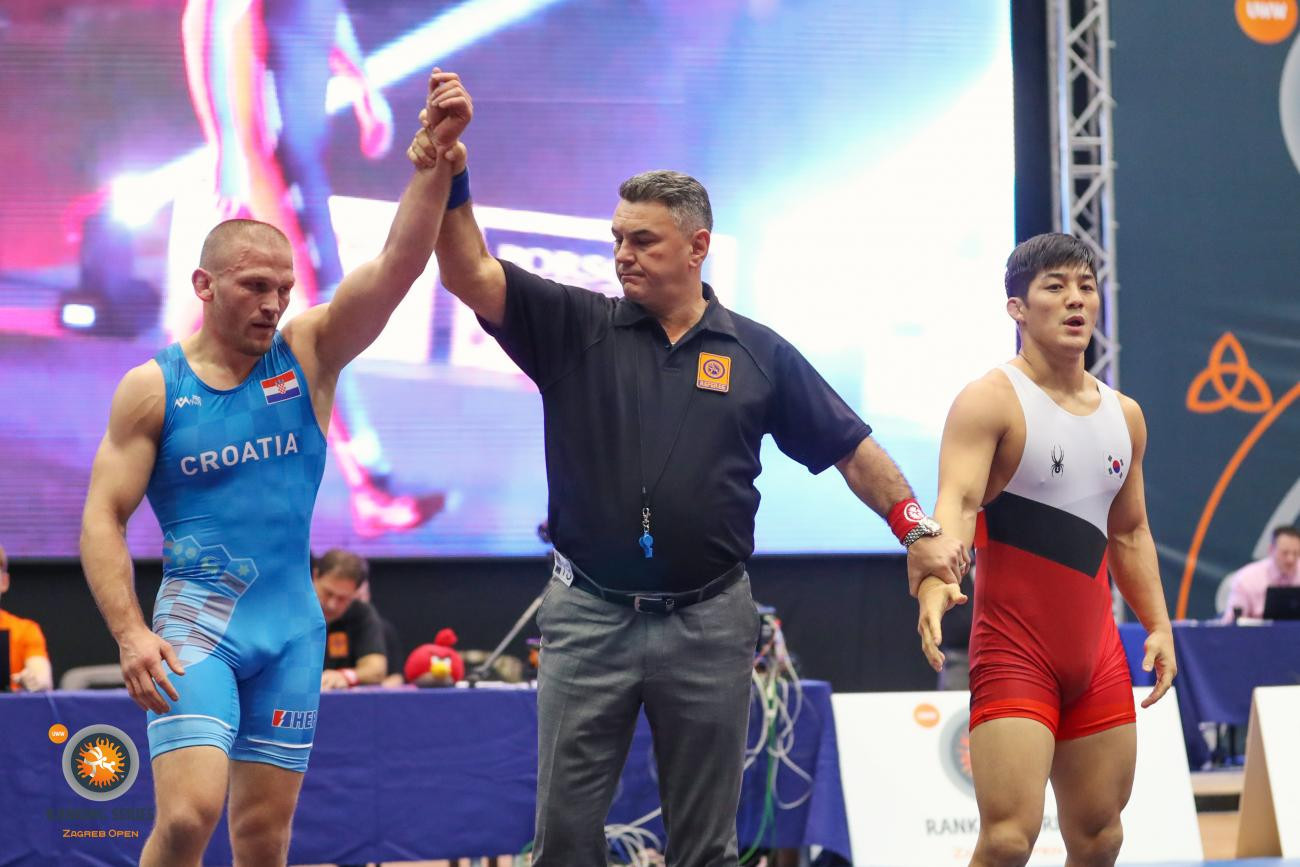 Starcevic triumphed 8-2 in the 77 kilograms quarter-final tie before beating Russia’s Rafael Iunusov 5-1 in the penultimate round of this year's first UWW Ranking Series event in Greco-Roman.

It avenged his bronze medal match loss to Kim at Rio 2016, where the South Korean secured his second Olympic podium finish.

Starcevic, who has walked away victorious in each of his previous four trips to the UWW Zagreb Open finals, will wrestle Turkey’s Yunus Basar in the gold medal match at the Dom Sportova Arena.

Basar is one of four Turkish wrestlers who made it to the finals.

Ekrem Ozturk, Kerem Kamal, and Emrah Kus are the others.

Two-time junior world champion Kamal outscored his three opponents 26-3 and made it to his first career senior finals.

His best finish prior to this came at the 2018 Dan Kolov - Nikola Petrov tournament in Bulgaria's capital Sofia, where he finished with a bronze medal.

Kamal will wrestle Iran's Milad Ali Rezanezhad in the 60kg finals in what will be his opponent’s first senior finals appearance.

He will face three-time European bronze medallist Daniel Aleksandrov of Bulgaria for the 82kg gold medal.

Uzbekistan tallied the second most finalists with three.

Islomjon Bakhramov will go up against the United States' Xavier Tramain Johnson at 63kg, while Elmurat Tasmuradov will meet Romania's Mihai Radu Mihut at 67kg and Muminjon Abdullaev will do battle with Norway's Oskar Marvik at 130kg.

All 10 finals are scheduled to take place tomorrow.