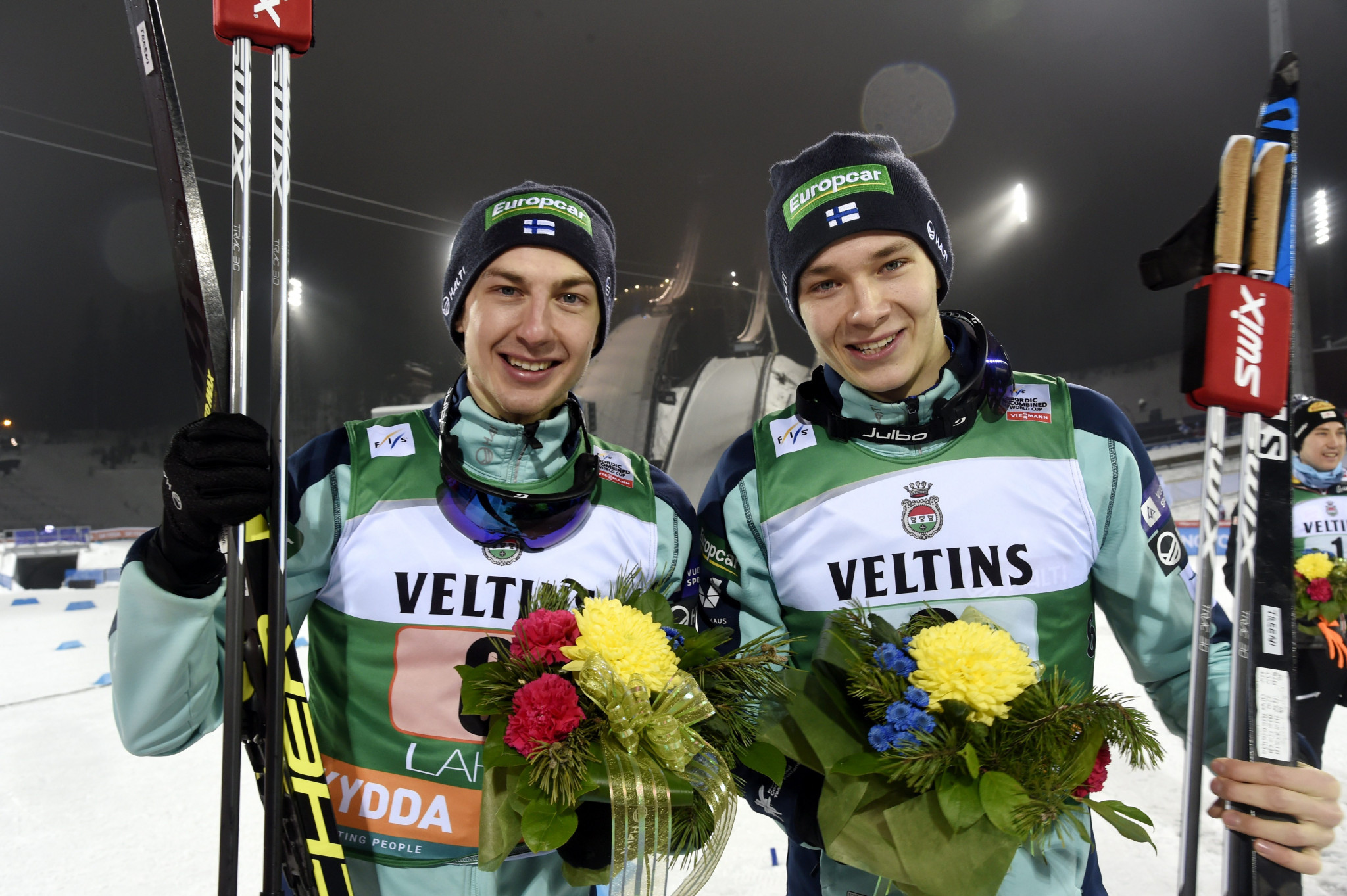 The Finnish duo sought to achieve success in front of a local crowd in the team sprint competition, which took place prior to tomorrow’s individual event.

Herola and Hirvonen had ranked sixth in the ski jumping section of the event, leaving them beginning the 2x7.5 kilometre cross-country discipline 1min 24sec down on the leaders, Mario Seidl and Willi Denifl of Austria.

They found an ally in the two Norwegian teams, who placed fourth and fifth in the ski jump.

The two nations worked together in the cross-country to claw their way back to a lead group containing teams from Austria, Japan and a second Norwegian pairing.

There was ultimately a four way battle for the medals in the closing stages of the competition, with Herola and Hirvonen emerging as the winners.

Hirvonen would secure the victory in a tightly contested sprint finish, as he crossed the line in a time of 29:14.6.

Norway’s Jørgen Graabak was deemed to have finished just 0.2 seconds behind the winners.

He was left to settle for second place with Espen Bjoernstad.

Bronze was earned by Seidl and Denifl, who were 3.5 seconds shy of the victorious Finnish team.

The second Norwegian team of Espen Andersen and Magnus Krog were a further 2.5 seconds back.

Japan’s Go Yamamoto and Hideaki Nagai dropped back in the closing stages and ended 30 seconds off the pace in fifth position.

The individual event will take place tomorrow in Lahti.

It will be the final race before the FIS Nordic World Ski Championships.

The 2019 FIS Nordic World Ski Championships are scheduled to be held in Seefeld in Austria from February 20 to March 3.