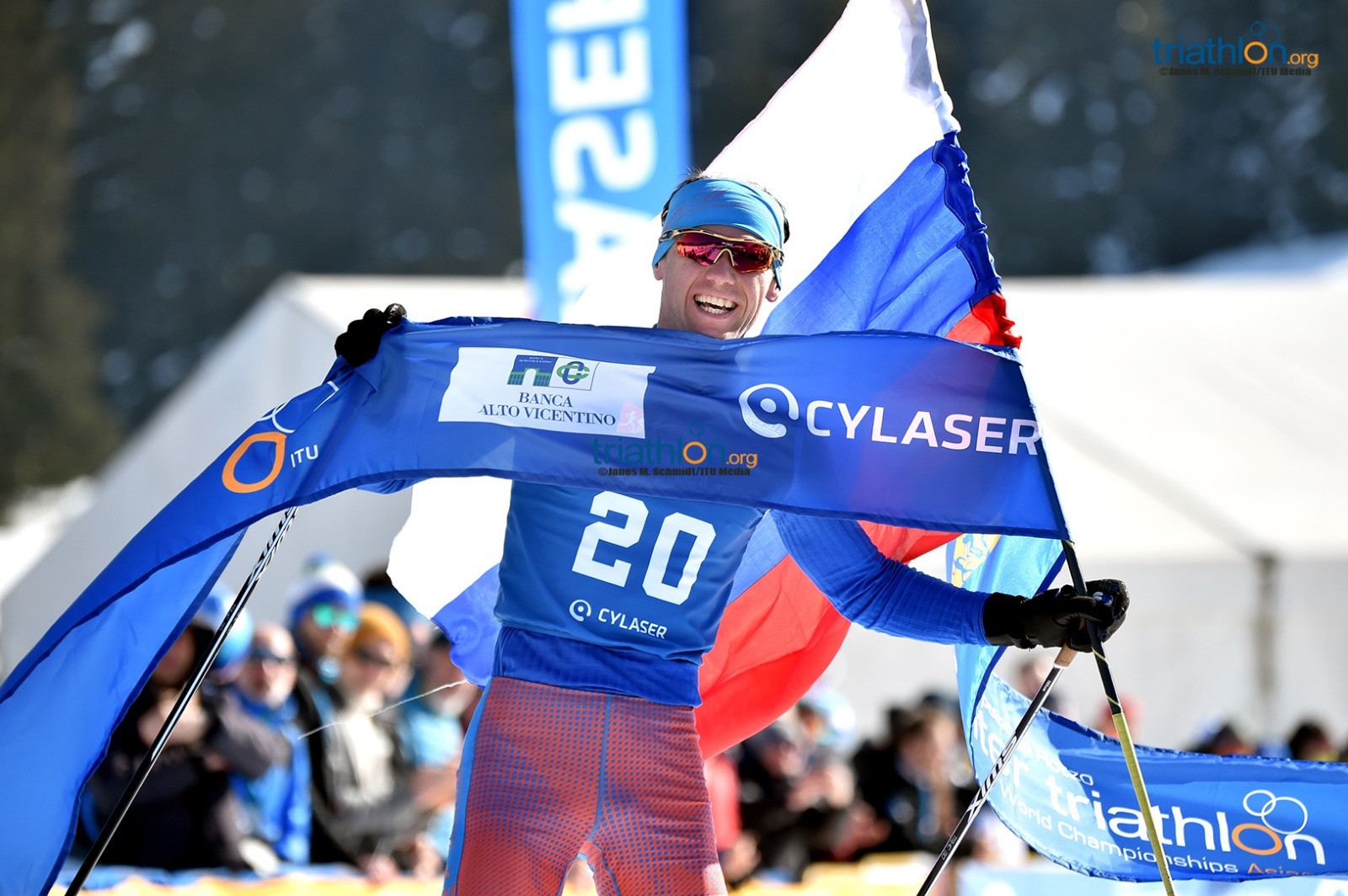 The Russian has proved the dominant athlete in the discipline in recent year and he impressively maintained that status in Italy.

He completed the eight kilometres run, 14km mountain bike and 12km of cross-country skiing in a winning time of 1 hour 24min, 43sec.

Dmitriy Bregeda ensured a Russian one-two, clocking a time of 1:25.32 to end as the runner-up.

And indeed Pavel Andreev is the king of #WinterTri claiming in Asiago his 7th world down, with another Russian, Dmitry Bregeda claiming silver and Marek Rauchfuss (CZE) in third pic.twitter.com/Mg1eBG6zHX

The women’s event saw Russia’s Daria Rogzina emerge as the winner after she achieved a time of 1:40.54.

She enjoyed a comfortable margin of victory over her fellow Russian Yulia Surikova.

Surikova, the defending champion, came across the line second in a time of 1:44.35.

Junior, age group and Para-triathlon events also took place over half the distance.