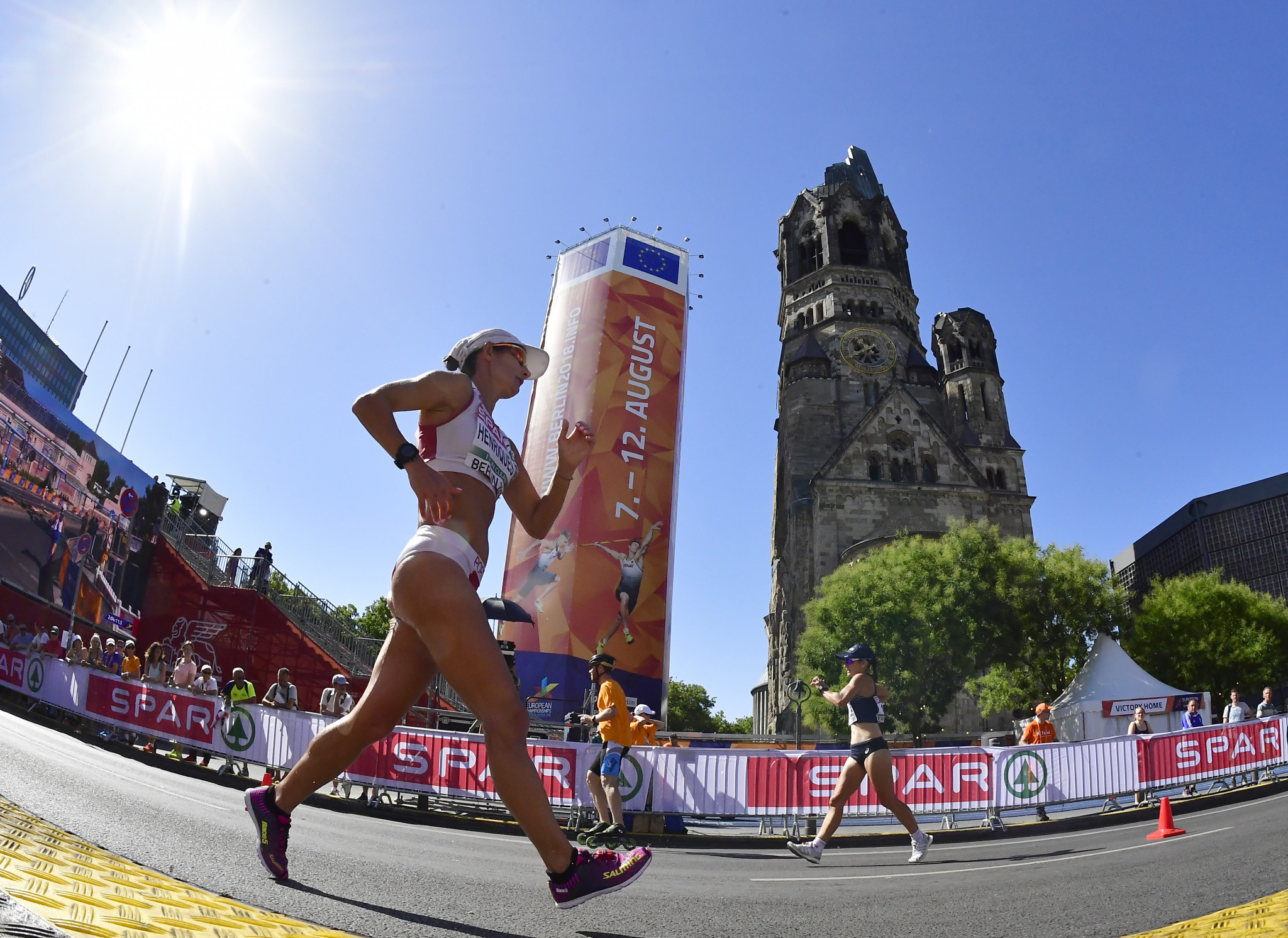 Proposals by the International Association of Athletics Federations (IAAF) Race Walking Committee to reduce distances for race walking competitions from 20 and 50 kilometres have been criticised by several top athletes.

The recommendations would see the distances reduced to 10km and 30km respectively from 2023 World Championships in Budapest.

The IAAF Race Walking Committee claim a specific pathway has been outlined to give race walkers a three-year transition period to adapt and prepare for the new distances.

A proposal to achieve equality between the sexes at the Olympic Games and major international competitions was also proposed, along with implementing electronic chip insole technology from 2021.

The insole technology, it is claimed, would help judges identify athletes who have not used the correct technique, with both feet leaving the ground.

It was recommended that the technology would be adopted in 2021 if the necessary tests, introduction and distribution of the insole chips are concluded by the end of next year.

The recommendations were reportedly made after broad consultation and consideration of the feedback from Member Federations, athletes, event organisers and several stakeholders, including broadcasters.

It is claimed the proposals "reflect the reality" that the event programme across all major athletics meetings and events will become shorter and more dynamic.

Innovation was required in race walking to ensure it remains a discipline at the World Championships and Olympic Games, it is claimed by the IAAF.

The recommendations are set to be included in the agenda of the next IAAF Council Meeting on March 10 and 11.

Should they be approved, the changes will be effective from January 1 in 2021.

The Committee is chaired by Maurizio Damilano, the 1980 Olympic gold medallist and two-time world champion over 20km.

The Italian has claimed the changes are crucial for the future of the sport.

It is sad though. 2024 was going to be my peak. Maybe I can learn to Cross Country Ski or take up ultra running, be a part of a community that still appreciates endurance.

"The Committee is very proud of the history and the tradition of our events, but our main goal right now is to secure the future of race walking beyond Tokyo 2020 and offer to the young generations of race walkers nothing less and even more than what we already have, because it is very crucial for our sport to have four individual events and total equality on the World Championships and future Olympic Games programmes," he said.

"Changes are not always an easy thing, but it is absolutely necessary to make race walking more appealing for fans and for young athletes."

The recommendations, though, have caused controversy among several of the sport’s leading athletes, with the reduction of the distances having been criticised.

Robert Korzeniowski, a three-time Olympic and three-time world champion in the 50km event, has defended the proposals.

The former Polish athlete, also a member of the Committee, claimed the sport needed to be brave to be relevant with broadcast and digital media.

"As you know my heart is passionate about the 50km, and all the great achievements and medals I won were in 50km, but the world is changing fast and we need to be realistic, to move forward and be brave in order to be relevant with the broadcast and digital media and to secure the future of race walking in major competitions," he said.

"The numbers in 50km are not very promising and if we care about the development and the healthy status of our event, this is the only way to do it.

"I have no doubt that 30km is a distance that will provide equal opportunities to endurance race walkers to perform and achieve their goals."

Former British race walker Peter Marlow, who competed at the 1972 Olympics in Munich in the 20km event, resigned from the IAAF Race Walking Committee following the recommendations.

As well as anger over the cuts in distance, doubts were expressed over the reliability of the electronic shoe.

You may have seen some reforms to race walking coming out from the @iaaforg with little to no research: they want a 10k and 30k to replace the traditional 20k & 50k. All depending on an electronic chip letting you know when the athlete is lifting for longer than allowed 🙄. 1/2

Britain’s Tom Bosworth was among the current athletes to criticised the recommendations.

"You may have seen some reforms to race walking coming out from the IAAF with little to no research: they want a 10k and 30k to replace the traditional 20k & 50k," he tweeted.

"All depending on an electronic chip letting you know when the athlete is lifting for longer than allowed.

"Meaning walkers will still be photographed with both feet off the ground - we’ve no info as to how it will work.

"Who is this tech and the distance changes for, not the athletes, nor the media or the spectator?

"Athletes will cheat by doping, surely they’ll tamper with a chip."

Canada’s Evan Dunfee also hit out at the proposals.

"So thank you IAAF for giving me a clear timeline to know exactly when to evacuate this sinking ship.

"It is sad though.

"Maybe I can learn to Cross Country Ski or take up ultra running, be a part of a community that still appreciates endurance."

The proposals have come ahead of the first IAAF Race Walking Challenge of the season and due to take place in Adelaide tomorrow.

The event in the Australian city will incorporate the Oceania 20km Race Walk Championships.