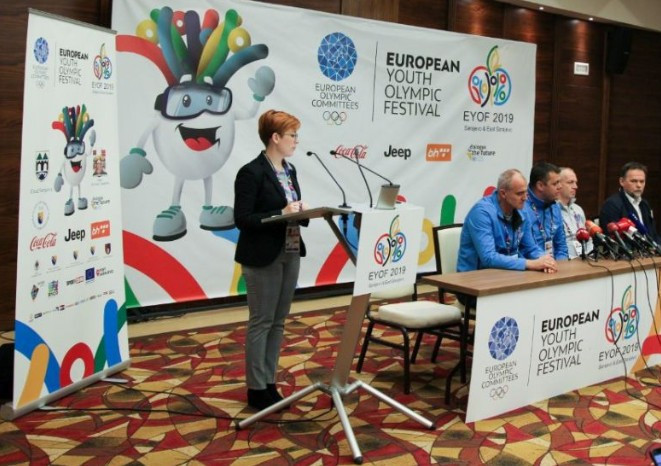 Athletes have begun arriving in Bosnia and Herzegovina prior to the Opening Ceremony of the Winter European Youth Olympic Festival (EYOF) tomorrow in Sarajevo and East Sarajevo.

The remaining delegations are expected to arrive today, with the EYOF due to begin tomorrow.

Athletes from 46 of the 50 European National Olympic Committees are set to compete at the EYOF.

The Opening Ceremony will take place at the Koševo Olympic Stadium, which opened the 1984 Winter Olympics and was renovated in 1998 following the end of the Bosnian War.

"A moment for these cities, for the first time a Torch lit for two host cities, and this is a historic moment for Sarajevo and Eastern Sarajevo because the flame of peace returns back to this beautiful city after 1984," Liba said.

Liba added: "My first trip to Sarajevo was in 2012, it was a great time because there was so much snow, which surprised me.

"At the same time it was nice to experience something like this, but it was also interesting to see how it can leave a trace on citizens."

A total of 1,600 athletes are expected to compete at the EYOF, with the winter multi-sport event taking place at sport arenas and mountains in the two cities.

Alpine skiing, biathlon, cross-country skiing and figure skating will be held at the EYOF, along with ice hockey, short track speed skating, snowboarding and curling.

The EYOF is scheduled to take place until Friday (February 15).

The Closing Ceremony will be held administrative centre of East Sarajevo City, with the event free to attend.