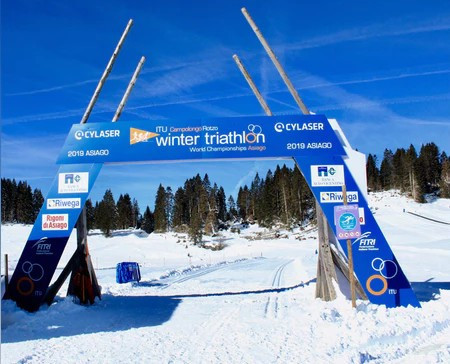 Competition is set to take place in the Italian venue tomorrow, with recent snowfall in the Venetian mountains having reportedly provided ideal conditions for the Championships.

Andreev will hope to maintain his domination of the men’s competitions in recent years, having triumphed on six occasions to date.

The Russian could face competition from his compatriot Pavel Yakimov, as well as Italy’s Guiseppe Lamastra and Daniel Antonioli.

The latter will seek to improve on fourth places at the last two editions of the Championships.

The Italians have trained at the venue in recent weeks and will look to use their enhanced preparation to aid their push for medals.

Surikova will begin as the defending champion in the women’s event.

The Russian is also the current European champion in the discipline, which enhances her status as the pre-race favourite.

Slovakia’s Kristina Lapinova is viewed as a potential challenger to Surikova, along with Austria’s Romana Slavinec and the Czech Republic’s Sarka Grabmullerova.

Athletes are set to begin the elite races with an eight kilometre run on the snow, following by 14km of mountain biking.

Junior, age group and Para-triathlon events will be held over half the distance, while a mixed relay event featuring a 2km run, 4km bike and 3km ski will also take place.