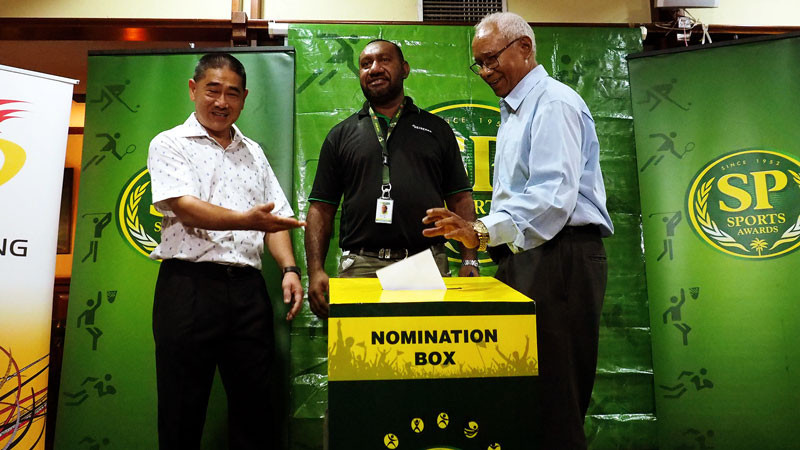 The Papua New Guinea Olympic Committee (PNGOC) has asked the public to nominate athletes for this year's SP Sports Awards.

A nomination process is now open and is due to close on March 22.

Nominations can be dropped off in specially marked boxes at locations including the PNGOC headquarters in Port Moresby.

"We want the achievements of our sportsmen and women to inspire our nation and the next generation of sporting elites to excel in their respective fields," said PNGOC President Sir John Dawanincura.

John Nilkare, the corporate affairs manager at award sponsors SP Brewery, added: "Every achievement is a great success and must be recognised and celebrated accordingly.

"We would like to see our sportsmen and women given that acknowledgement."

Nilkare added: "SP Brewery is proud to be sponsoring these prestigious Sports Awards in the last 27 years.

"Our athletes work hard every year to represent Papua New Guinea through sports, therefore, the annual SP Sports Awards is a great platform to recognise athletes and to show our appreciation."

This year's Awards are hosted with the theme "Aspire to Inspire".

A date to announce the winners has not yet been confirmed.

There will also be a People's Choice of the Year award set to open in April.