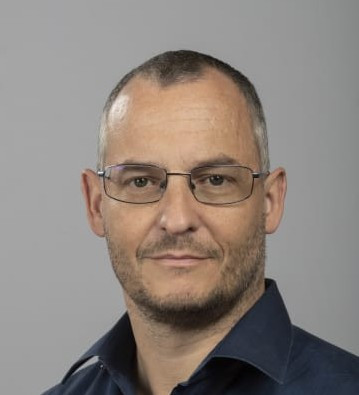 Martin Kuchenmeister has raised concerns over the future direction of the International Biathlon Union (IBU) under the new leadership after he resigned as acting secretary general of the governing body.

The IBU confirmed to insidethegames that Kuchenmeister and three other officials - his assistant Marie-Luise Kreilinger and Christine Schurz and Ingrid Lackner, both of whom work in accounting - had tabled their resignations to the Executive Committee.

It also represents a blow to new IBU President Olle Dahlin, who pledged a new era for the scandal-hit governing body when he was elected last year.

Kuchenmeister, appointed in an acting capacity to replace Resch, claimed there was a poor environment within the organisation.

He accused the IBU Executive Committee of lacking a "backbone" by not appointing him to the role on a full-time basis and told Norwegian broadcaster NRK that other officials at the world governing body had a problem with his personal relationship with Kreilinger.

The Austrian claimed this was causing some officials to actively force members of his administration out of the IBU.

"The situation in the office got worse, and since no one had the backbone to make a decision, I decided to withdraw," Kuchenmeister said.

"Surprisingly, it was not just me who was dissatisfied."

Norwegian IBU Executive Committee member Tore Bøygard suggested Kuchenmeister not getting the job permanently was the main source of his grievances.

"I think Martin expected to get the secretary general's job a long time ago, but we didn't quite get there yet," he told NRK.

"He may be a little dissatisfied with not employing him."

In a statement, the IBU confirmed the resignations but insisted the departures "would have no major impact on the IBU in the short or longer term".

"The IBU can confirm that acting secretary general Martin Kuchenmeister tendered his resignation last Thursday which was accepted by the IBU Executive Committee," the statement read.

"Three other members of staff have since also decided to leave for personal reasons.

"The IBU will not be commenting further on any of the resignations out of respect for the confidentiality of individuals.

"We can confirm that the plan for reallocation of staff duties is already well under way."

Kuchenmeister, appointed acting secretary general in April of last year, will remain in the role until he completes his notice period at the end of this month.

The IBU has already begun its search to find a new secretary general.

The latest issue faced by the governing body comes with the release of an Austrian police report into following a criminal investigation into suspected doping, fraud and corruption out by Besseberg and Resch - who both deny wrongdoing - expected imminently.

Dahlin declined to comment when asked to respond to the claims made by Kuchenmeister by insidethegames.