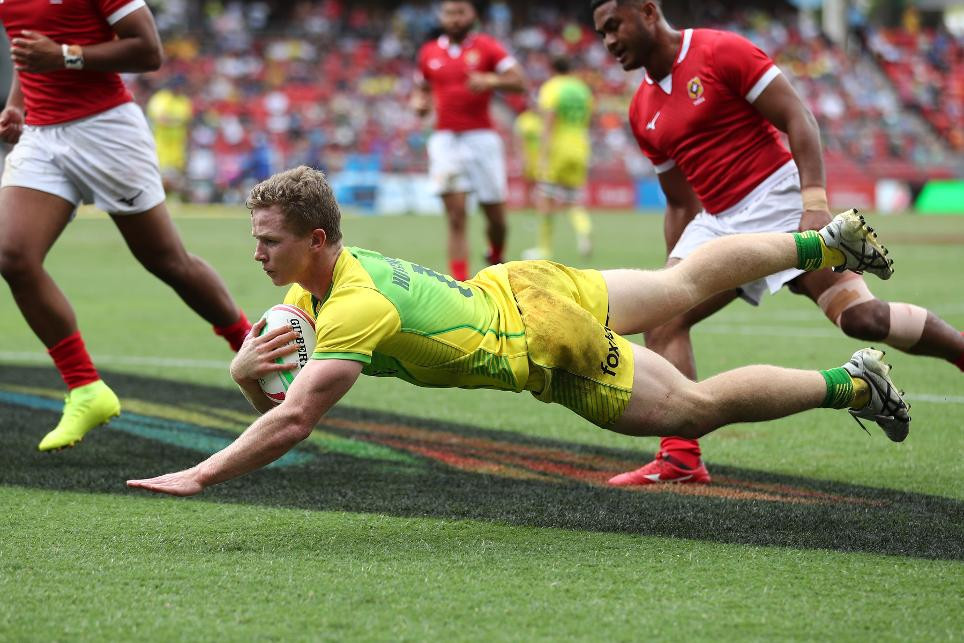 Australia edged through to the quarter-finals of the men's tournament at the World Rugby Sevens Series as Nick Malouf scored a last-gasp try in a dramatic victory over South Africa in Sydney.

The hosts needed to beat the defending overall champions by five points to guarantee their place in the knockout stage at the Spotless Stadium.

Australia, leading 24-21 in overtime, launched a counter-attack after South Africa had failed to convert a penalty and Malouf went over to secure the win and a place in the last eight.

South Africa topped Pool D, despite the defeat, and are set to play England in the quarter-finals, while Australia set up a clash with Olympic champions Fiji.

The Fijian team, seeking a third straight win on this season's circuit, won all three of their matches in Pool A.

The United States continued their strong start to the campaign as they finished top of Pool B with a 100 per cent record.

Spain, second in Pool C behind New Zealand, await for the US in the last eight.

The other quarter-final is due to see Pool C winners New Zealand face France.

In the women's competition, Ireland reached the semi-finals for the first time after they beat Spain 22-7.

Ireland will go up against defending champions Australia in the last four after the hosts maintained their perfect record with a 21-17 win over France.

New Zealand, bidding for a sixth consecutive series crown, also progressed to the semi-finals by defeating Canada 17-7 in a scrappy last eight contest.

The US are due to play New Zealand for a place in the final as they edged a low-scoring affair with Russia 7-5.

Both the men's and women's tournaments are set to conclude tomorrow.