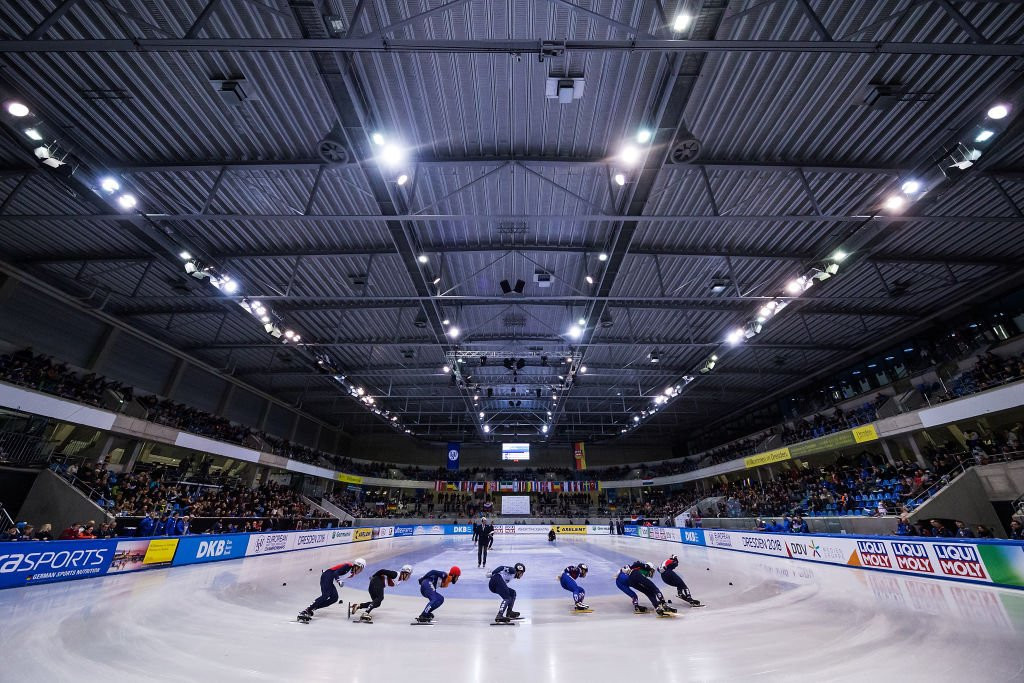 The most advanced individual action took place at the 1,500m distance, where quarter-finals went ahead for men and women.

On the men’s side qualifying fastest for the semi-finals was France’s Thibaut Fauconnet, winner of heat six in 2min 13.558sec.

With only one automatic qualification spot available from each quarter-final, the all-round European champion from 2010 sealed his spot in the next round ahead of his compatriot Sebastien Lepape, who went through as a fastest loser with a time of 2:13.641.

In all, 16 others went through, including South Korea's Lee June Seo, the current World Cup leader who advanced by winning heat two in 2:14.106.

She went through with a time a full 10 seconds faster than the current European champion Suzanne Schulting from The Netherlands, while Olympic champion Choi Min Jeong from South Korea set a time of 2:23.328 to win heat six, five seconds slower than Boutin.

There's drama in Dresden as the World Cup leader @shaoangliu crashes out of the 1000m heats.

We hope it's nothing serious and to see the Hungarian racing again this weekend! pic.twitter.com/piU5rE6asj

The other quarter-finals today went ahead in the relays.

That time saw them win the third heat of three, while Russia were the next fastest qualifiers in 2:40.038, closely followed by Kazakhstan’s quartet who finished second in heat one behind the Russians with a time of 2:40.247.

In that their team of Charlie Cournoyer, Pascal Dion, Steven Dubois and Samuel Girard won heat one in 6:39.497.

Tomorrow the action is scheduled tocontinue, largely with quarter-finals and semi-finals, though the medal races in the 1,000m events will also go ahead in the afternoon.

There was drama in the men's heats at that distance today as the World Cup leader Shaoang Liu crashed out.