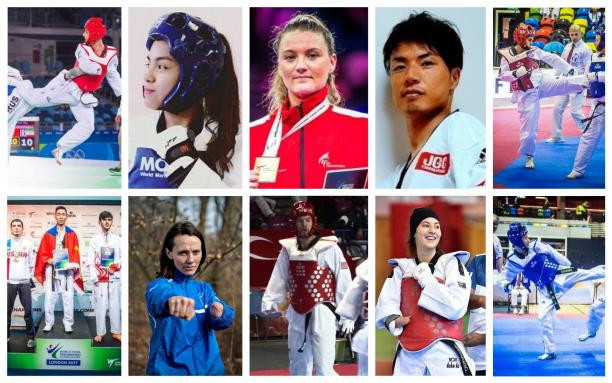 Great Britain’s Amy Truesdale and Mongolia’s Bolor-Erdene Ganbat are among the 10 athletes that the International Paralympic Committee (IPC) has dubbed "Ones to Watch" at the 2019 World Para-Taekwondo Championships in Antalya in Turkey.

Truesdale, one of the pioneers of the sport, celebrated top honours on home soil at the 2017 World Para-Taekwondo Championships in London, highlighting an unbeaten season in the women’s over-58 kilograms K44 category.

Ganbat, meanwhile, did not drop a fight in the men’s up to 61kg K44 division from when he began competing internationally in 2015 until the time he picked up his third straight world title in 2017.

Other athletes the IPC believes have the potential to make headlines in Antalya when the World Championships take place on Tuesday and Wednesday (February 5 and 6), especially with the sport set to make its Paralympic debut at Tokyo 2020, include Denmark’s Lisa Gjessing.

With four World Championships, four European Championships and an International Wheelchair and Amputee Sports Federation World Games title already to her name, the only one left for Gjessing to target is a Paralympic gold medal in the women’s up to 58kg K44.

The competition will be a key event for taekwondo on the road to Tokyo 2020, where the sport will make its first appearance along with badminton.

Also on the list is France’s Bopha Kong, who has captured virtually every title imaginable in the men’s up to 61kg K43 division and will be a big favourite for Tokyo 2020.

He is joined by the likes of Mexican teenager Claudia Romero, who stormed onto the scene in 2016 by triumphing at the Pan American Championship in the women’s up to 49kg K44, and the United States' Evan Medell, who only began competing in Para-taekwondo four years ago but has since become one of the most dangerous fighters in the men’s over-75kg K44 division.

Akermach, who made history in 2017 when she became the first African female to earn a world number one ranking in the sport, competes in the women’s over-58kg K44.