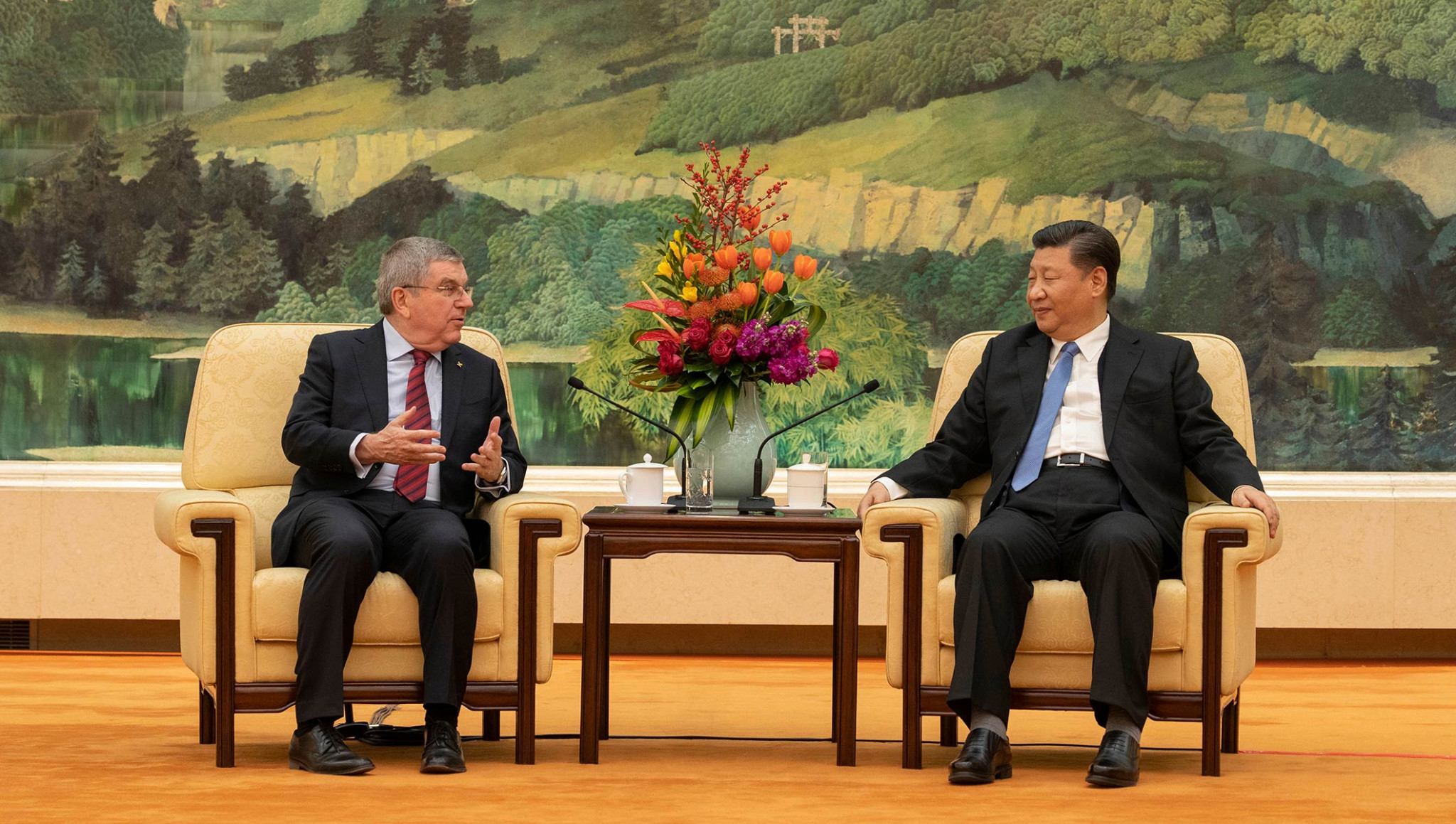 Chinese President Xi Jinping has today expressed a strong stance against doping during a meeting with International Olympic Committee (IOC) head Thomas Bach in Beijing, where they discussed the progress of preparations for the capital city's hosting of the 2022 Winter Olympic Games and the development of sport in the country.

It comes after it was reported last month that China is set to make doping a criminal offence, with any athletes found to have broken the law facing jail terms and "criminal punishments".

"We have a clear and very strong policy on doping - I myself hate it," Xi said.

"I would prefer to have clean Chinese athletes than a gold medal, or any medal at all."

According to China's official state news agency Xinhua, the country will make doping criminal this year, with the Sports Ministry and judiciary currently creating a draft proposal.

Previously punishments for doping in China have been restricted largely to fines and bans, but calls for doping to be made a criminal offence have been widespread.

The World Anti-Doping Agency, however, has consistently criticised moves to criminalise doping.

The meeting between Xi and Bach took place at the Chinese capital’s Great Hall of the People.

Bach had spent the morning touring the National Winter Sports Training Center in the Shougang district, accompanied by the President of the Chinese Olympic Committee, Gou Zhongwen.

Earlier in the week, the 65-year-old German visited the mountain venues for Beijing 2022 in Zhangjiakou.

After seeing the site for the planned national biathlon and cross-country ski centres and the ski jump, he met young skiers and snowboarders at the halfpipe venue in the Genting Snow Park, which will also host parallel giant slalom, ski and snowboard cross and slopestyle competitions.

Juan Antonio Samaranch, an IOC vice-president and Coordination Commission chair for Beijing 2022, was also present at the venue tours and in Beijing.

IOC President Thomas Bach visited #TeamChina figure & short track skaters and curlers today at their Shougang training base near #Beijing2022's HQ. Which Olympians can you recognize from these photos? Looks like they had a good time! @IOCMedia @ISU_Figure @ISU_Speed @worldcurling pic.twitter.com/KPzJymGQ9d

At the site of the downhill skiing in Yanqing District, Bach was able to see the progress made in recent months.

The venue will play host to a World Cup event next year.

"For every venue we have visited here, we could see what the use for it would be after the Olympic Games, so that the Chinese people can then really enjoy winter sports."

Xi claimed Beijing 2022 is part of China’s vision to encourage 300 million from the country to experience winter sports.

"Through sport we will improve the health and well-being of all Chinese people," he said.

"Ecological improvements and environmental protection are part of China's plan," he said.

"We want to have green Games.

"And we are also remodelling some of the venues from 2008."

"This week we have seen children, parents and athletes, all very enthusiastic about getting involved in winter sports," he told him.

"It demonstrates your vision becoming reality - that sport can contribute to the social development of China and in particular education."