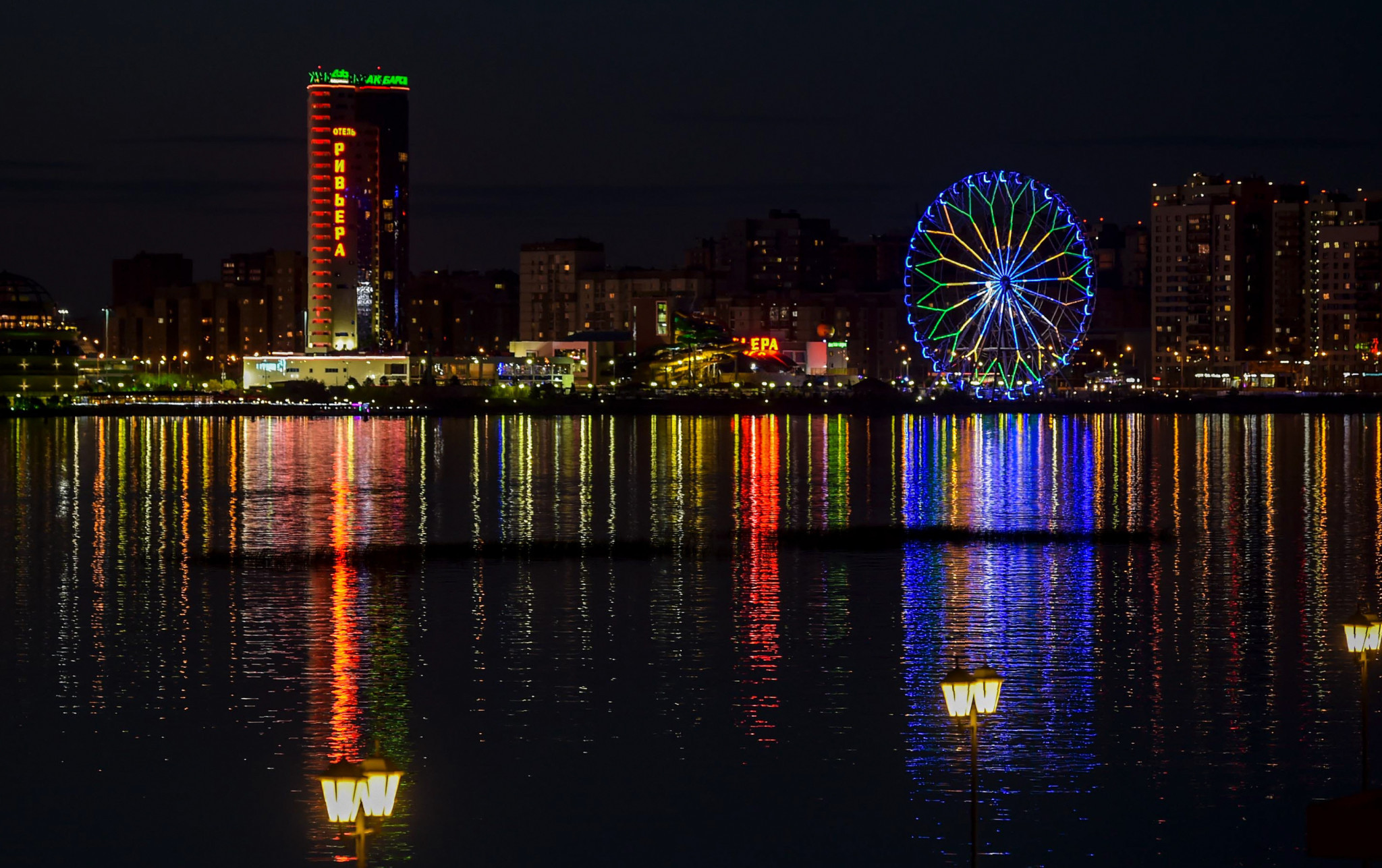 Kazan is set to enter the race to host the 2023 European Games after Russian officials decided to launch a bid for the multi-sport event.

Russian Olympic Committee (ROC) President Stanislav Pozdnyakov has already provided his backing to the candidacy from Kazan, claiming the city "is ready to accept any complex event and ensure the highest level of organisation".

Kazan, which hosted the 2013 Summer Universiade, the 2015 International Swimming Federation World Championships and matches at last year's FIFA World Cup, including a quarter-final, joins Katowice in Poland as a potential contender for the 2023 European Games.

The Russian bid for a major event within the Olympic Movement comes despite their doping scandal, which has led to the country becoming a sporting pariah in certain circles.

Canadian lawyer Richard McLaren revealed the 2013 Summer Universiade was used as a "trial run" for the doping scheme orchestrated by Russia at events including the 2014 Winter Olympic and Paralympic Games in Sochi.

Russia has also signalled its intention to bid for the 2024 Winter Youth Olympics as the nation continues its reintegration attempt following the systematic manipulation of the anti-doping system it carried out across major sporting events.

Russia was constantly linked with a bid for the European Games and was even set to be awarded the 2019 edition until the doping scandal unfolded.

The European Olympic Committees (EOC) were poised to give Russia the hosting rights in November 2015 before the World Anti-Doping Agency Independent Commission report revealed state-sponsored doping in athletics.

Then EOC President Patrick Hickey insisted at the time that Russia remained the organisation's "preferred partner" for the 2019 Games despite the revelations.

The 2019 event looked to be shared by Sochi and Kazan before it was eventually awarded to Minsk in Belarus.

"The Olympic Committee of Russia fully supports the decision of Kazan and is ready to provide all-round assistance in terms of promoting the application," said Pozdnyakov.

"We will work in this direction with the Organising Committee and the leadership of the region and Kazan is ready to accept any complex event, including the Olympic Games, and ensure the highest level of organisation, what has been done several times in recent years."

Katowice in Poland emerged as the first possible candidate for the 2023 Games after officials from the city held a meeting with the EOC to discuss staging the third edition of the event earlier this month.

The visit followed the city expressing an interest in hosting the Games and the talks were aimed at continuing their feasibility exercise prior to potentially submitting a bid.

EOC President Janez Kocijančič has previously claimed the organisation had received "strong bids" for the 2023 event.

A bid process for the 2023 Games was launched in September, where all 50 European National Olympic Committees were invited to enter the running.

The closing date for the submission of a bid is February 28, with the host set to be announced on June 20, prior to the start of the 2019 European Games in Minsk.

"The European Olympic Committees can confirm that it has received interest from a number of cities across Europe, including Kazan in Russia, regarding possible candidatures for the 2023 European Games," an EOC statement said.

"We are pleased with the response so far and will communicate further on the subject once the deadline for submissions has passed at the end of February."