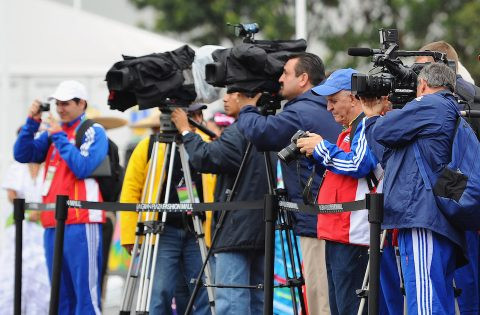 Lima 2019 organisers have opened the media accreditation process for this year's Pan American Games taking place in the Peruvian capital.

The Peruvian Olympic Committee (COP) has invited Peru's national press to apply for accreditation for the event in the capital, taking place from July 26 and August 11.

Media have until April 30 to apply and must follow the procedure set out in a manual provided by the COP.

Lima 2019 have already announced Spanish agency Mediapro as the host broadcaster for the Games, leaving only a limited number of credentials for other radio and television media.

The announcement regarding Mediapro was made in May last year, following what has been described as an open and transparent procurement process conducted under the Government-to-Government agreement between Peru and the United Kingdom.

Mediapro will broadcast on average 10 hours of the Games each day.

A similar accreditation process for the Parapan American Games will be launched by the National Paralympic Association of Peru in March.