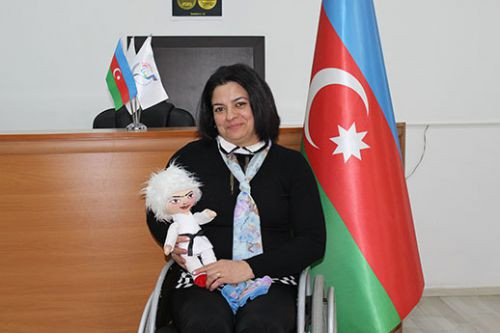 All of the figures will be dressed in judogi with the initiative announced by the Azerbaijan Paralympic Committee.

Jirtdan, which translates as "small", is a popular fairytale character for children in Azerbaijan.

The character is seen as being courageous and intelligent despite its small size, and once outwitted a giant to stop him and his friends from being eaten.

Shikhiyeva will need to make 70 figures in all and proposed the idea to the APC herself, presenting members of the management team with their own Jirtdan.

The Baku Grand Prix will open the IBSA judo season between May 13 and 14.

It is expected to attract around 250 athletes from 43 countries, and qualification points for the Tokyo 2020 Paralympic Games will be on offer.

Action will take place at the same time as the able-bodied competition at the International Judo Federation's (IJF) Baku Grand Slam.

This comes after a collaboration between the IJF and IBSA to better-promote blind judo.