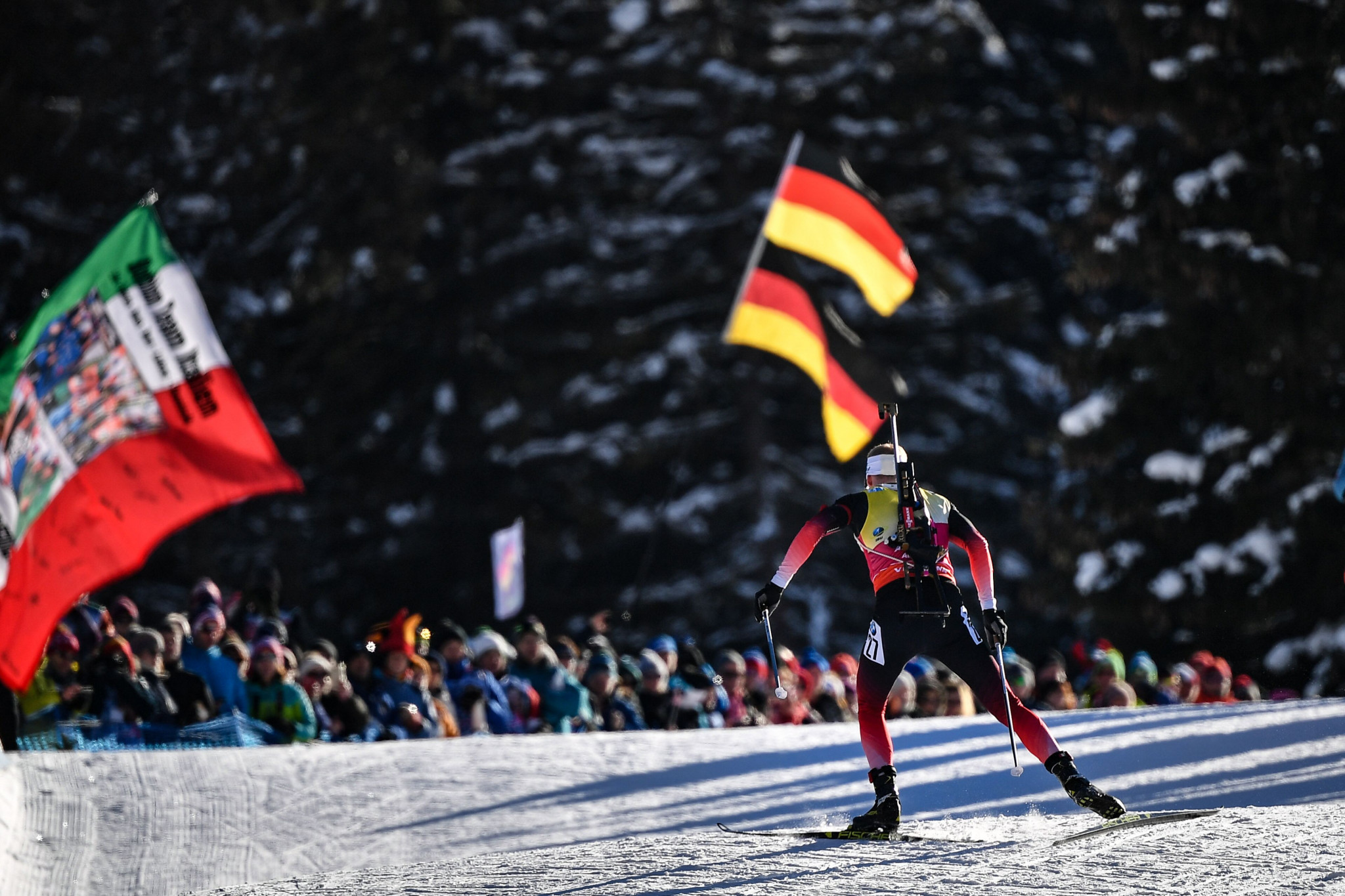 Norway’s Johannes Thingnes Bø raced away with the men’s sprint in Antholz to claim his 10th victory of the season on the International Biathlon Union World Cup circuit.

The 25-year-old reigning Olympic champion won in 23min 53.9sec, 17.5 seconds ahead of his compatriot Erlend Bjoentegaard, who, in coming second, claimed his first podium of the season.

Antonin Guigonnat from France came third in the Italian resort, finishing 20.2 seconds behind Bø.

Bø described the race as "difficult", despite winning by such a margin,

"I managed to have a good plan for the race.

"When I shoot nine targets I was quite happy and then it was just to fight hard for the finish line."

On another day of perfect weather, with blue skies and no wind, it was another Frenchman Martin Fourcade who was the first big name into prone.

The triple Olympic gold medallist from Pyeongchang 2018 shot clean but very cautiously, meaning Austria’s Simon Eder briefly moved in front, while Bø entered the range with a 15-second lead and left with the gap at 10 seconds.

Such was Bø’s dominance that, despite picking up a standing penalty, the overall World Cup leader still left the stadium with a 9.5 second lead and was able to almost double that by the time he reached the finish line.

Having been second for much of the race, Fourcade was overtaken by both Guigonnat and Bjoentegaard on the last loop and had to settle for fourth.

The result means Bø now leads the World Cup standings by 231 points.

He sits on 722 points in total, ahead of Russia’s Alexander Loginov, who finished 26th today.

Fourcade’s fourth place finish was enough to keep him in third overall on 471 points.

The World Cup is due to continue tomorrow with both men’s and women’s pursuit races before mass start’s go ahead on Sunday (January 27).