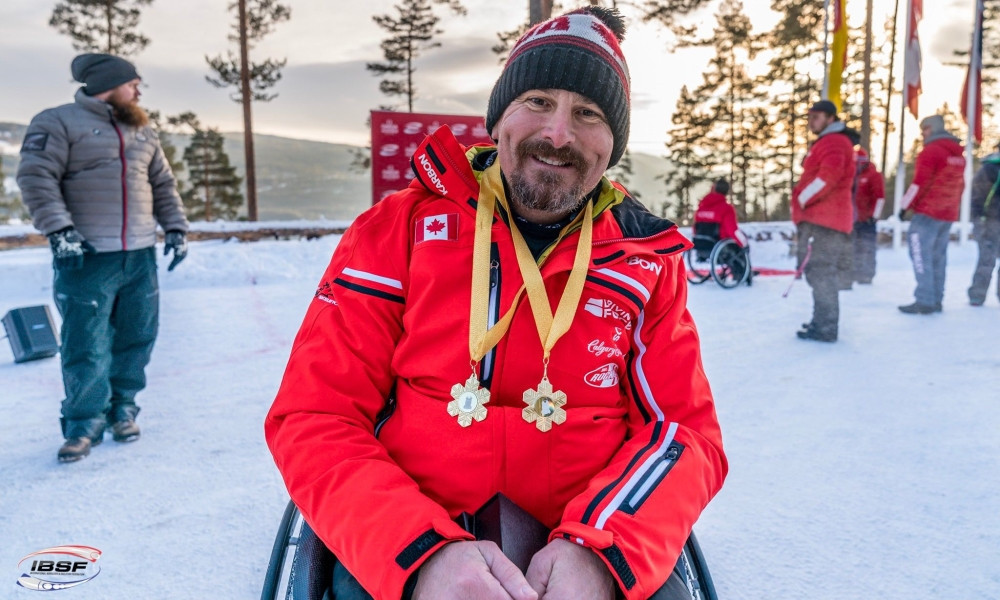 Canada’s Lonnie Bissonnette has maintained his lead at the top of the International Bobsleigh and Skeleton Federation Para Sport World Cup standings heading into the final stage in St Moritz.

The 2016 para bobsleigh world champion finished seventh and fifth in Oberhof, which was enough to keep a lead of 64 points at the top of the standings.

Having four of nine races so far this season, overall he now has 858 points, ahead of Austria’s Andi Kapfinger in second.

Kapfinger claimed two second place finishes in Germany to close the gap to some degree, though he will need strong performances once again in Switzerland if he is to snatch the title.

Two races will go ahead once again in St Mortiz, with 120 points on offer for a win each time.

In Oberhof Latvia’s Arturs Klots won both races in times of 1min 36.5sec and 1:36.34, though despite that impressive performance he sits down in 11th place overall on 412 points.

The final event in St Moritz is due to take place on February 14 and 15 on the natural ice sliding track Olympia Bobrun St Moritz-Celerina.

As well as being the last Para Sport World Cup of the season, it will also double up as the European Championships.

The defending champion for that is Latvia’s Alvils Brants, who triumphed in Innsbruck last season.