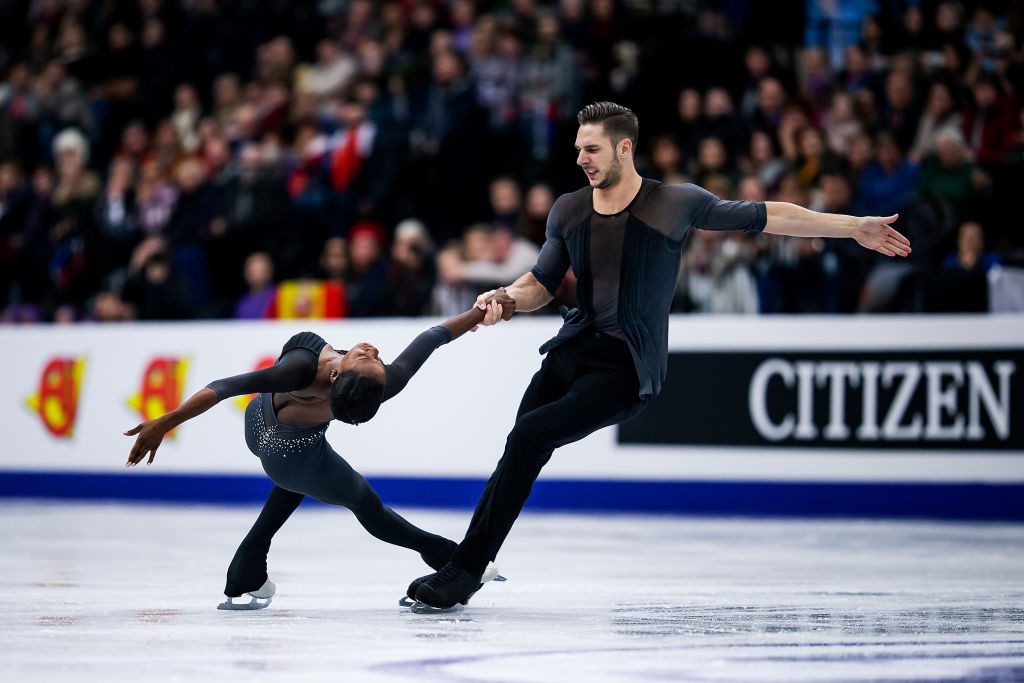 The duo became the first French European pair champions since 1932 at the Minsk Arena in the Belarusian capital.

After yesterday's success, this brought James and Cipres up to a winning score of 225.66.

"It is a dream come true," James said.

"We've dreamt of that forever.

"I am so happy and proud, I can't even find words to express how much."

In second were defending champions Evgenia Tarasova and Vladimir Morozov of Russia with a total of 218.82 points.

Another Russian pair, Aleksandra Boikova and Dmitri Kozlovskii, achieved a third place finish on their debut European Championships appearance with 205.28.

Fernandez has won six European titles, including at last year's event, and will retire following the conclusion of the Championships.

In first place was Mikhail Kolyada of Russia, who achieved 100.49 with his routine of a quad toe-triple toe combination, a triple Lutz and triple axel.

His compatriot Alexander Samarin finished second with a season's best score of 91.97 points.

"It is important now not to let out the emotions, I need to keep them for the free," said Kolyada.

"It was a good performance, not without small mistakes, though.

"It is definitely easier to skate when you're healthy.

"At this point, I am pleased with what I’ve done today."

Action at the Minsk Arena will continue tomorrow with the women's free skating event and the ice dance.