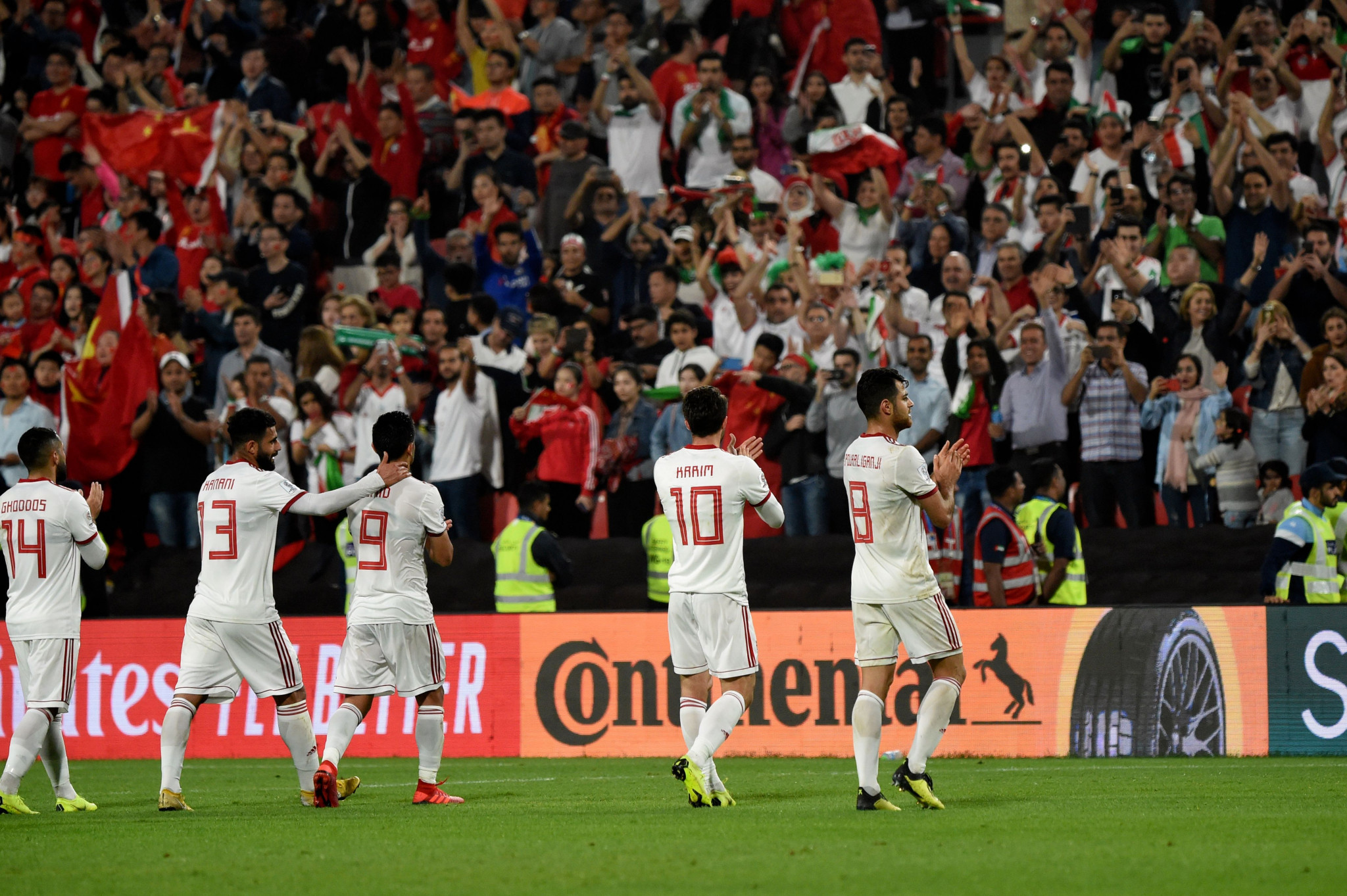 Iran and Japan will face each other in the semi-finals of the Asian Football Confederation (AFC) Asian Cup after both teams came through their last-eight ties today in the United Arab Emirates.

Mehdi Taremi, Sardar Azmoun and Karim Ansarifard were all on target for Iran as they beat an error-prone China 3-0 at the Mohammed bin Zayed Stadium in Abu Dhabi.

It came after Japan had recorded a 1-0 win over Vietnam at the Al-Maktoum Stadium in Dubai, courtesy of a Video Assistant Referee (VAR)-assisted penalty.

Ritsu Dōan scored from the spot in the 57th minute as the VAR system marked its tournament debut.

Iran and Japan will battle for a place in the final when they meet in Al Ain on Monday (January 28).

A consummate performance by Azmoun laid the foundation for Iran's win against China, the runners-up in 1984 and 2004.

The 24-year-old forward was in superb form throughout, setting up Taremi for the opener and scoring himself to further underline why he is referred to as the "Iranian Messi".

Azmoun's excellence and Iran's victory saw Carlos Queiroz’s side remain unbeaten from their five outings, winning four and drawing one.

They have also equalled South Korea's record of keeping clean sheets in their first five games at a single Asian Cup and have taken a step nearer to claiming their first continental title since 1976.

The Iranians will be without Taremi for the semi-final after he picked up his second yellow card of the competition.

VAR first denied and then benefited Japan as they stayed on track for a record-extending fifth AFC Asian Cup title.

Introduced from the quarter-final stage, VAR was first called into play in the 24th minute when Maya Yoshida's goal was ruled out for a handball.

It was then used again in the 56th minute when Vietnam's Bui Tien Dung was ultimately judged to have brought down Dōan, who converted the crucial spot-kick.

Action in the UAE is due to continue tomorrow with the other two quarter-final ties.

South Korea face Qatar in Abu Dhabi before the hosts go up against holders Australia in Al Ain.